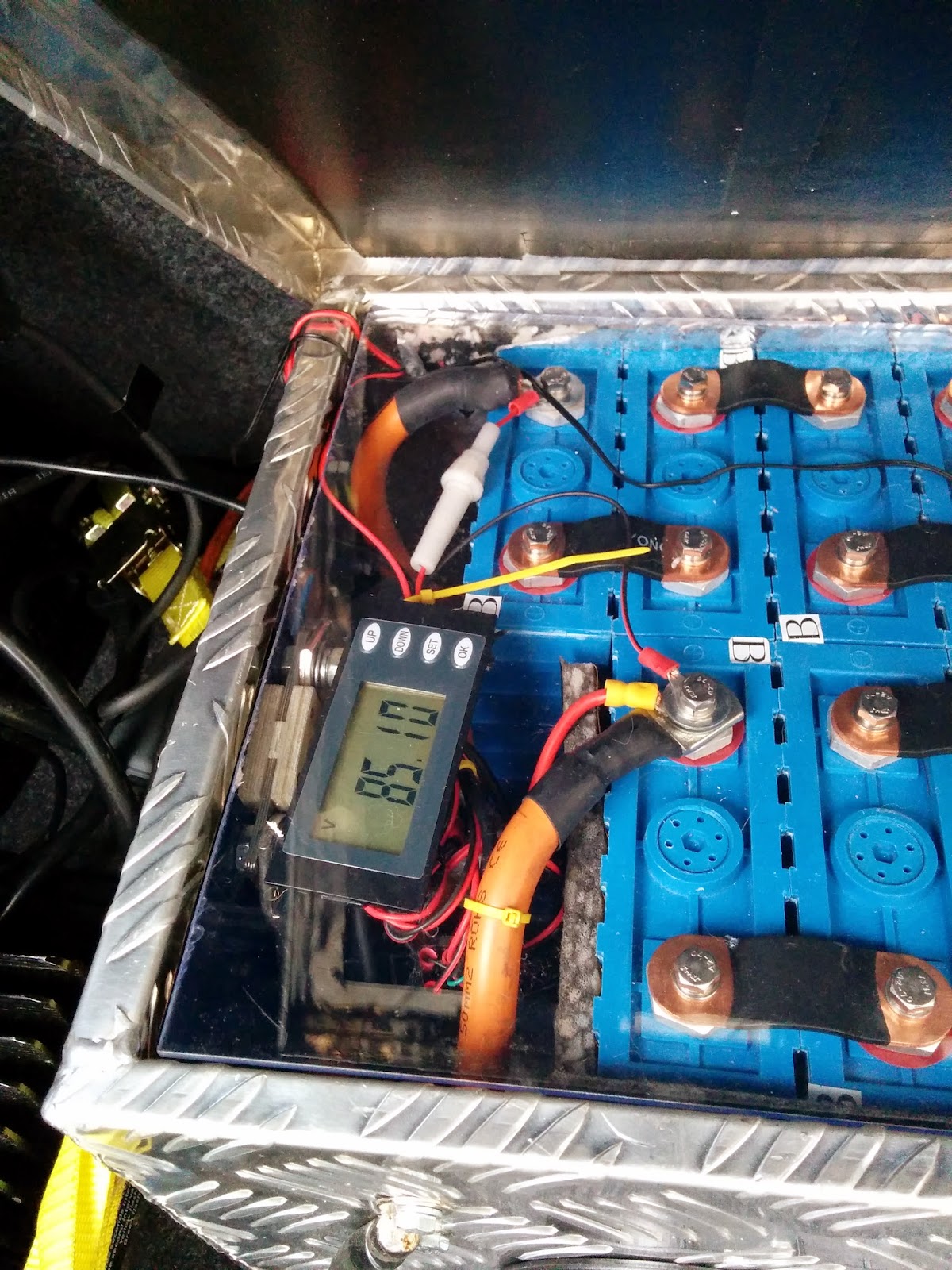 Went ahead and installed the simple 100V solar controller. It takes 12 volts and the pack voltage. When pack voltage reaches a set value, it will disengage a relay. It's set to disengage at 88 volts, which is a little over 3.5 volts per cell. The relay then controls the Elcon/TCCH charger's Enable pin, which will instruct the charger to stop charging.

Of course as the pack voltage drops, the controller will re-engage the relay and the charger will resume charging. This will make the pack voltage bounce back and forth pretty much forever, so it's not a perfect solution, but it should make sure the charger doesn't overcharge the pack right away. On the other hand there's no CV phase, so the bouncing is kind of necessary to get the pack full.

In any case, this solution will have to do for now.
Lähettänyt jsantala Ei kommentteja: 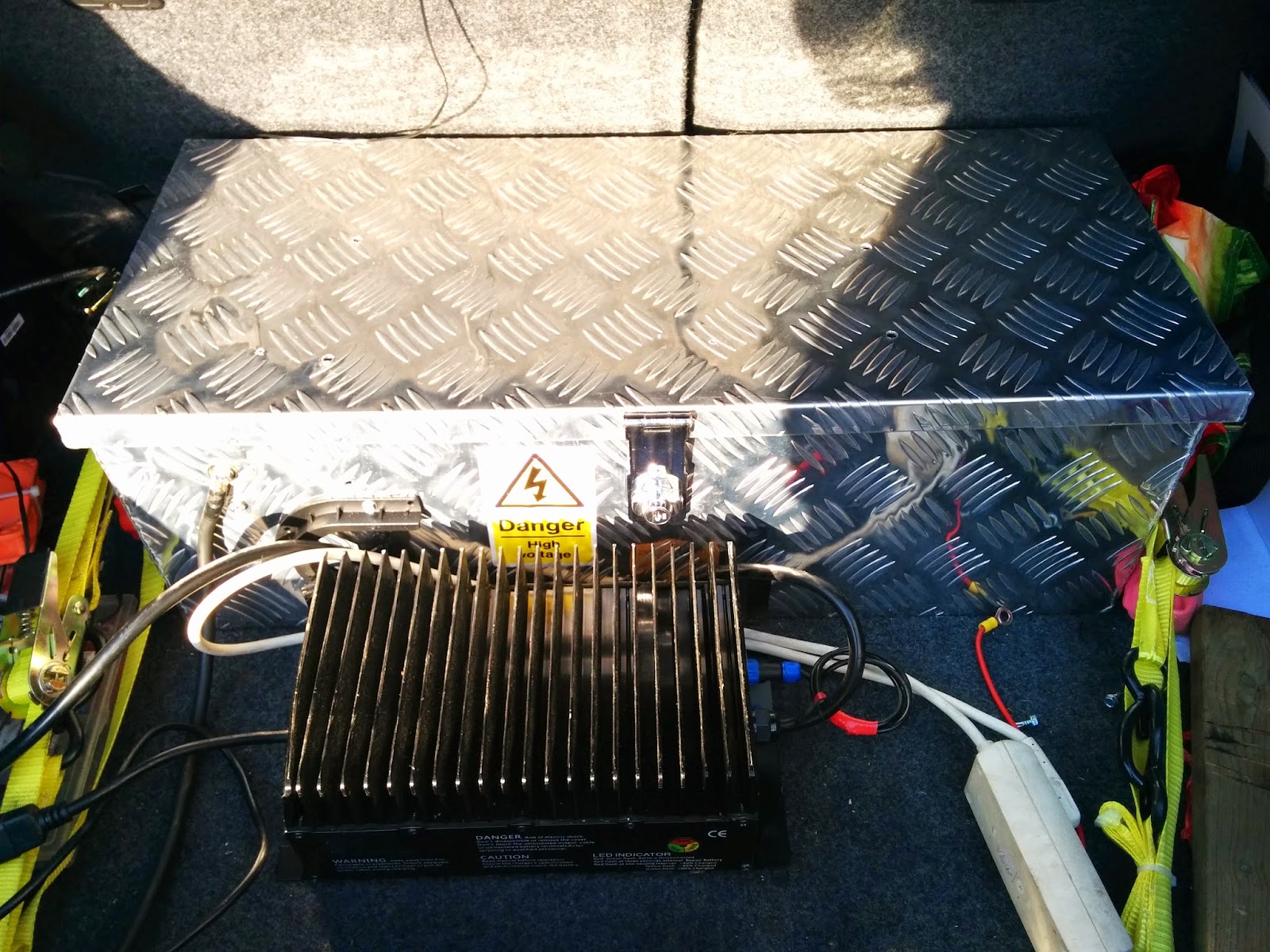 As it happens, the Elcon charger is set for 102.2 V, which is way too high for the 25 cell pack in the car, but it will still start charging although the initial voltage is lower than expected. For the 25 cells the 102.2V would be about 4.1 volts per cell. Not into dangerous territory, but not very good for the cells either. So you either need to watch the voltage carefully while charging or device something to end the charge earlier.

Knowing my tendency to forget things, an automatic shutoff would be much safer. Luckily I've had some experience with one of these voltmeters. It can measure up to 100V and control a relay based on that, among other things. I have one in my bottom balancer, but I'm reluctant to take that well functioning setup apart, which is why I've put another on order from ebay. Once it arrives I'll set it up to control the ENABLE wire on the Elcon charger, so that it will end charging at 87-88 volts. Actually it will bounce back and forth, but at least it will give me more time to pull the plug.

Or, as I just recalled, I also have a CellLog 6S, which I haven't come up with a use for yet. I could also set that one up so that it would monitor five series of five cells and control the charger as well. In that case the cutoff voltage would be 17.5 volts for five cells. It would even be more accurate, since it would monitor five cells at a time, instead of the whole 25. Certainly something to consider. On the con side, it does require more wiring, but maybe it would be worth it. We'll see.

Technically, the Cycle Analyst display could also do the job, but it would require opening the CA case, adding some wires, using a solid state relay and so on. A lot more work, all in all.
Lähettänyt jsantala Ei kommentteja: