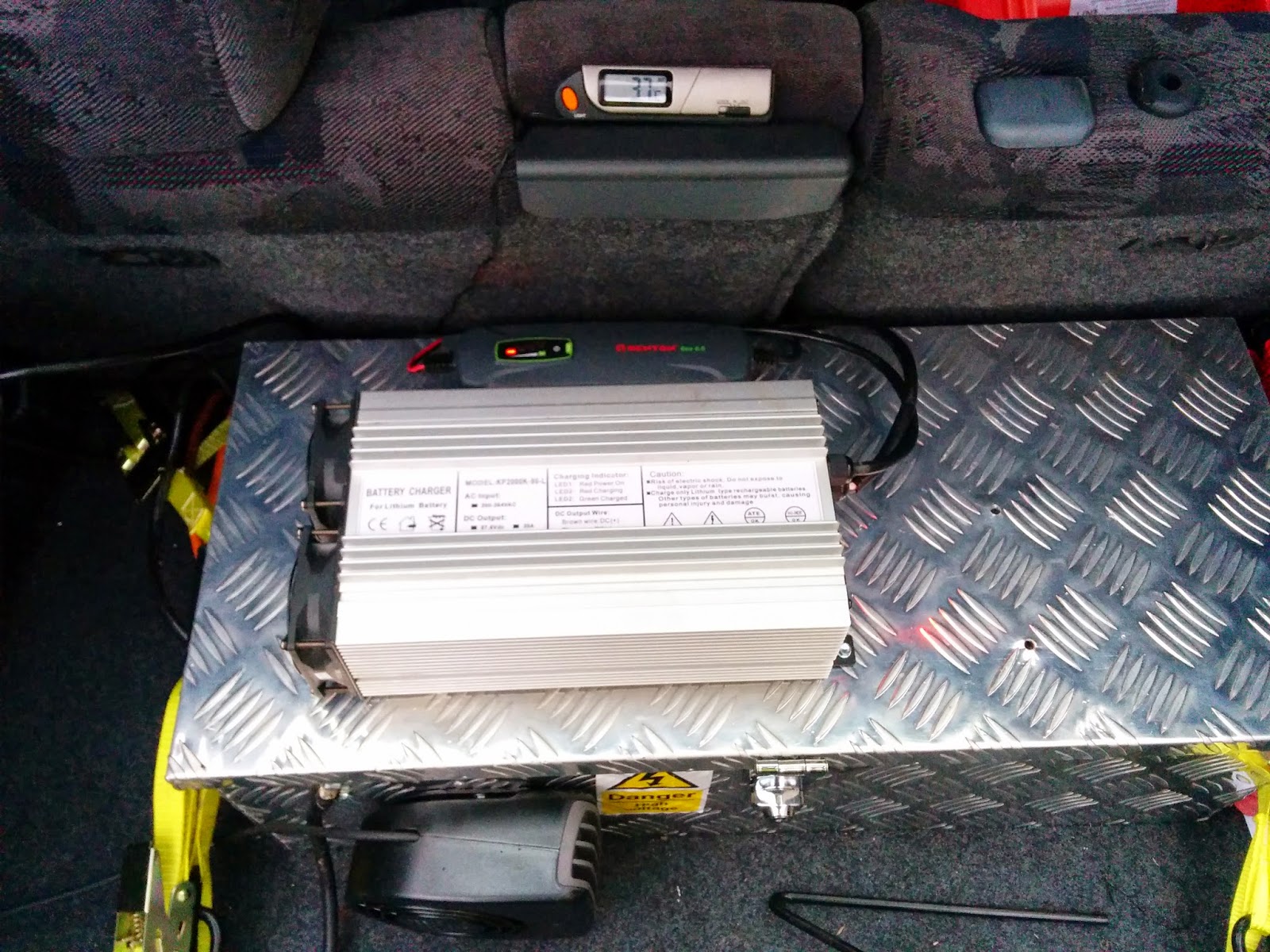 It's been a little slow on the blog side, but in the real life I've been driving both of our electric cars regularly. Even exclusively, since I sold my diesel car and we're now all electric with two cars and a motorcycle. Hooray!

The DIY car got a little winter update in the form of a cabin heater, which I bolted on to the side of the battery box in the trunk. It gently heats up the aluminum box with the cells inside, but mostly the cabin of the vehicle. The little thermometer has it's sensor inside the box, in the middle of the pack and between the cells. It really hasn't shown temperatures below zero yet, since both charging and driving seem to keep the cells well heated. Instead I've seen temperatures close to 30˚C even with the outside temps hovering around or slightly below freezing. Currently the car has no batteries in the front that would need heating, so the single PTC heater takes care of everything.

With no batteries in the front of the vehicle, it should not come as a huge suprise that even though I bought some studded winter tires, they don't grip very well in the front. It could also be that they are "Aurora" branded tires, which are hardly recommended. Should get me through the winter though.

Also in the picture behind the big charger is a smaller, grey 12V charger. My 12V AUX battery hasn't  been very happy with just the occasional 13.5 volts it gets from the DC/DC converter while driving, so I installed an automatic lead battery charger to keep it charged at all times. It's connected to the same 230VAC input as the main traction pack charger, so it automatically charges the AUX battery whenever the main battery is charging. Quite like the C-Zero, where the DC/DC converter also is always on while charging.

The car has two 230VAC plugs in the rear, which means that I can choose between heating and charging simply by choosing which plug to plug in to.

As for the C-Zero, it's also working great. I installed a Binar ethanol burning 5kW heater to keep it usable over the winter as well and also a 230VAC plug for a electric cabin heater. It's been a great vehicle and fun to drive. The only thing I'm really missing is Cruise Control. It would make keeping a steady economical speed a lot easier than it is now.