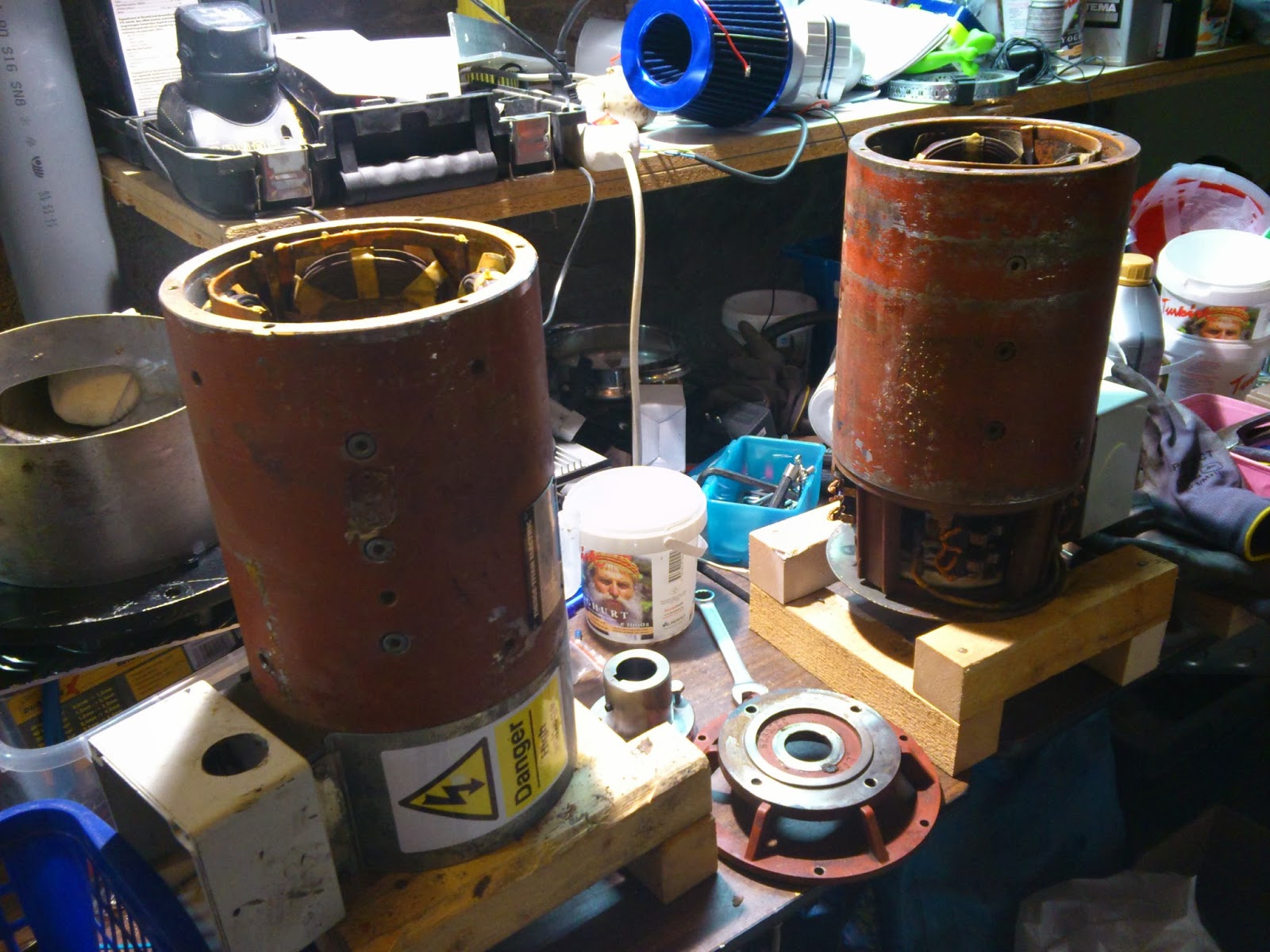 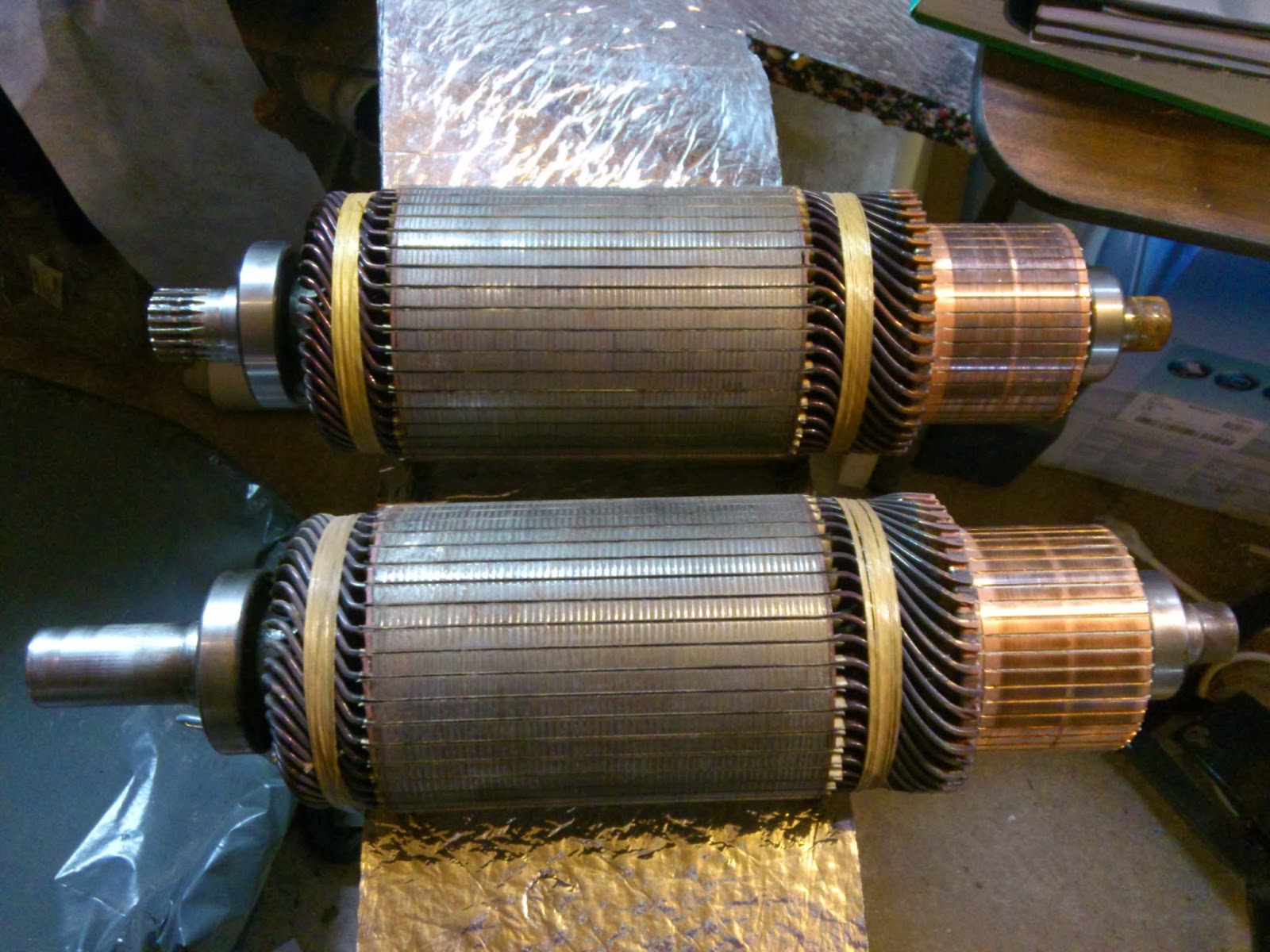 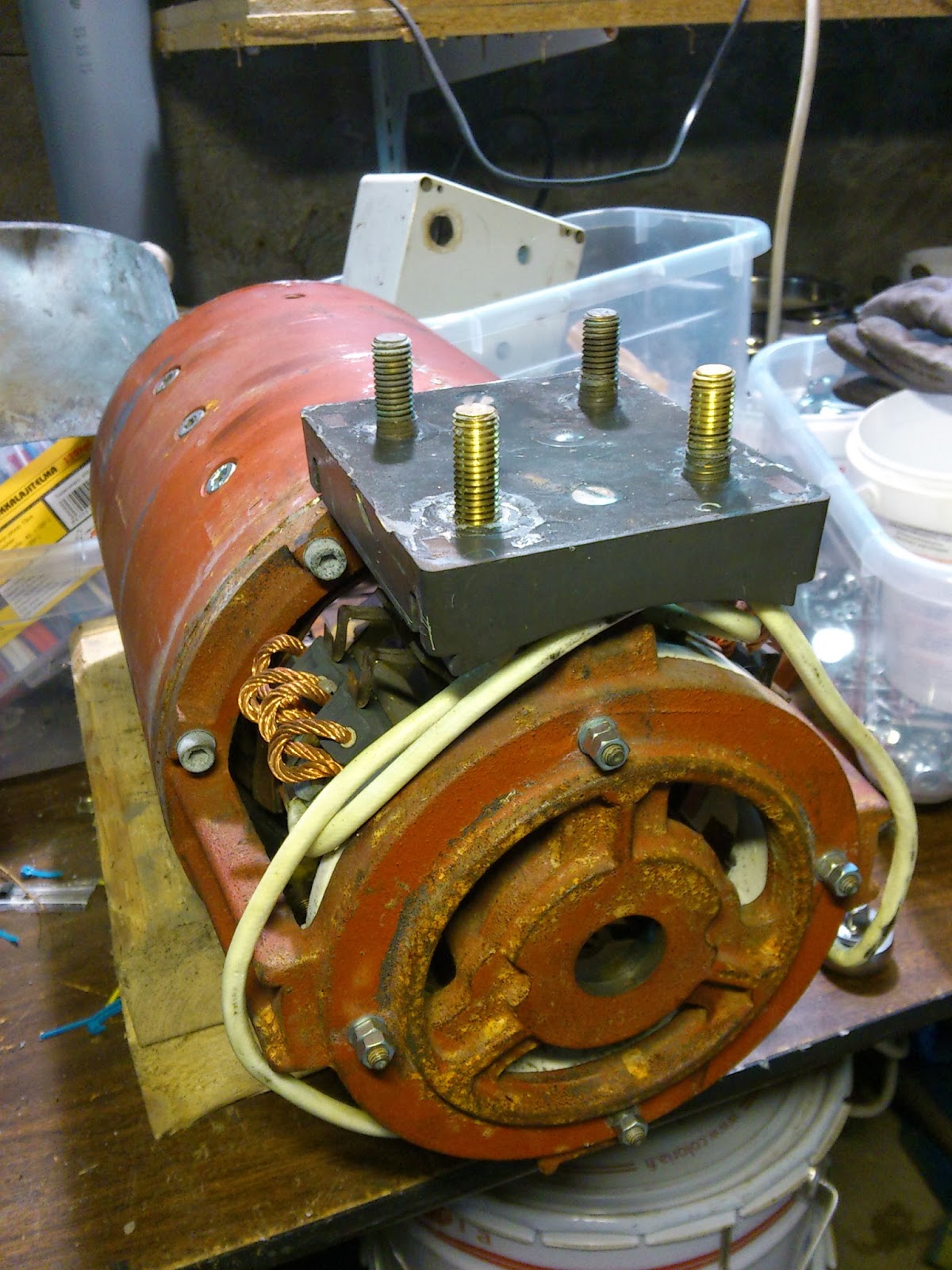 As you can see, I managed to take both TTL200C motors apart. Identical shafts except that the other one is splined and the other one has a keyhole. I'll probably end up using the keyed one after all, but it all depends. I'm once again rethinking my coupling, but more on that when I have something to show.

Also took apart the other one a bit more to reveal a bit more rust. I'll need to get some of it off and put some paint on instead. Also turned the bolts that hold the brush holder to face outward so I can more easily swap whatever I decide to use as finger protection. Everything under the hood must pass the finger test, which means no live parts should be touchable with the UNECE R100 test finger.

How to interprete me. If I say I'll leave something be for a while it means that I'll probably go do something about it right away. Example follows. Yesterday I wrote a post and honestly thought I'd leave the car be a while, but then inspiration stroke and I just had to go see if the rather unsettling noise the motor had made was because of my DIY coupling, transmission or the motor itself. Turns out it was, at least partially, due to the motor. I took the motor off and spun it, which resulted in more than usual twisting about and a rather nasty whiny noise. So I  pulled the motor from the car completely. 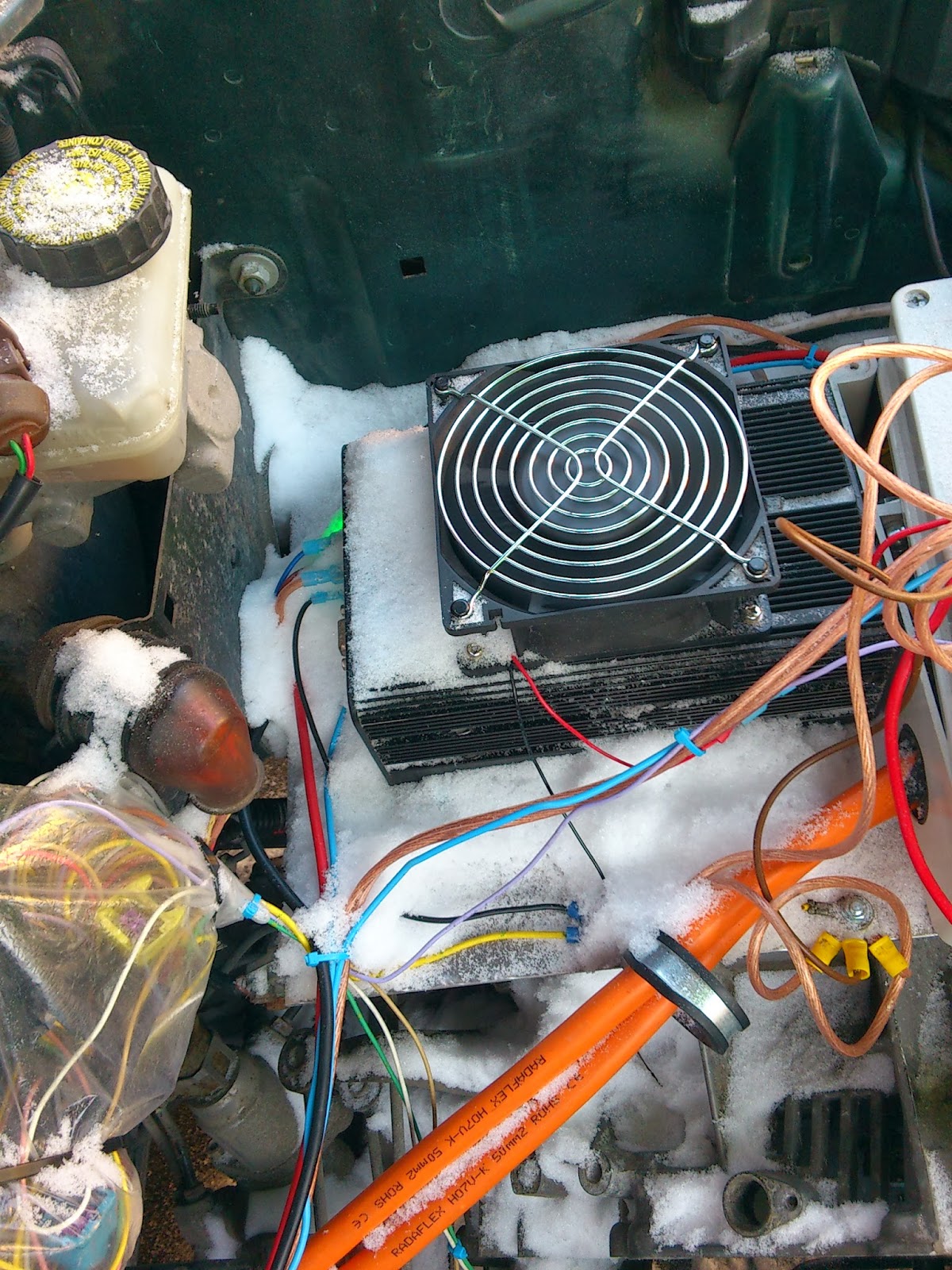 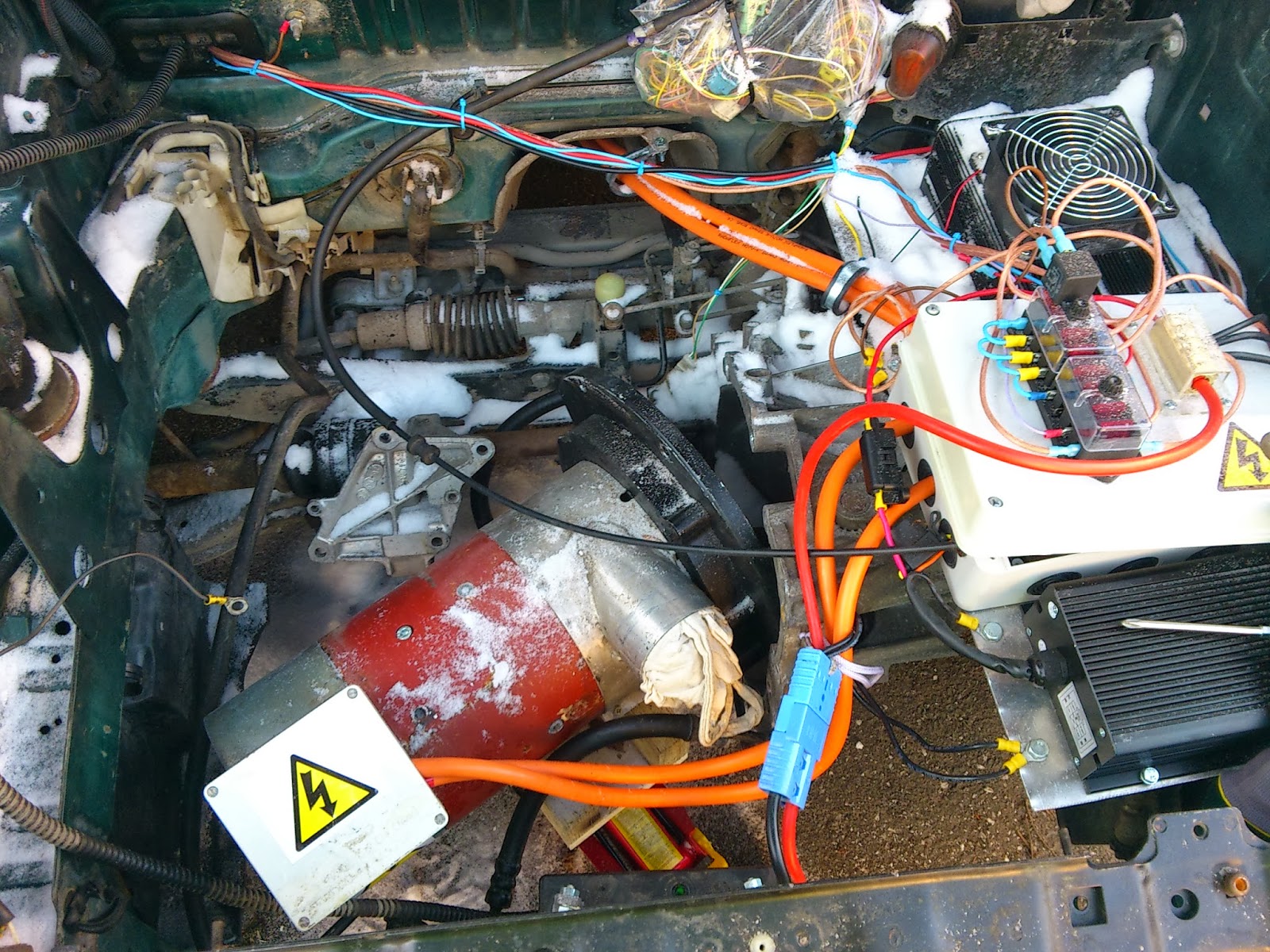 A point to take home from this is "Don't open the hood if it has 10cm of snow on it. It'll rain down on everything." Well, it's just snow. The equipment should be able to handle it. Otherwise it won't have a very long life in a car anyhow.

Since the motor was making a nasty noise and I had been thinking of swapping the insides of my two otherwise identical motors due to them having different shafts and only once casing having the required identification plate with vital information despite obviously being otherwise identical, I decided to give the TTL-200C motor disassembly a go. It turned out to be much easier than I had ever dreamed. 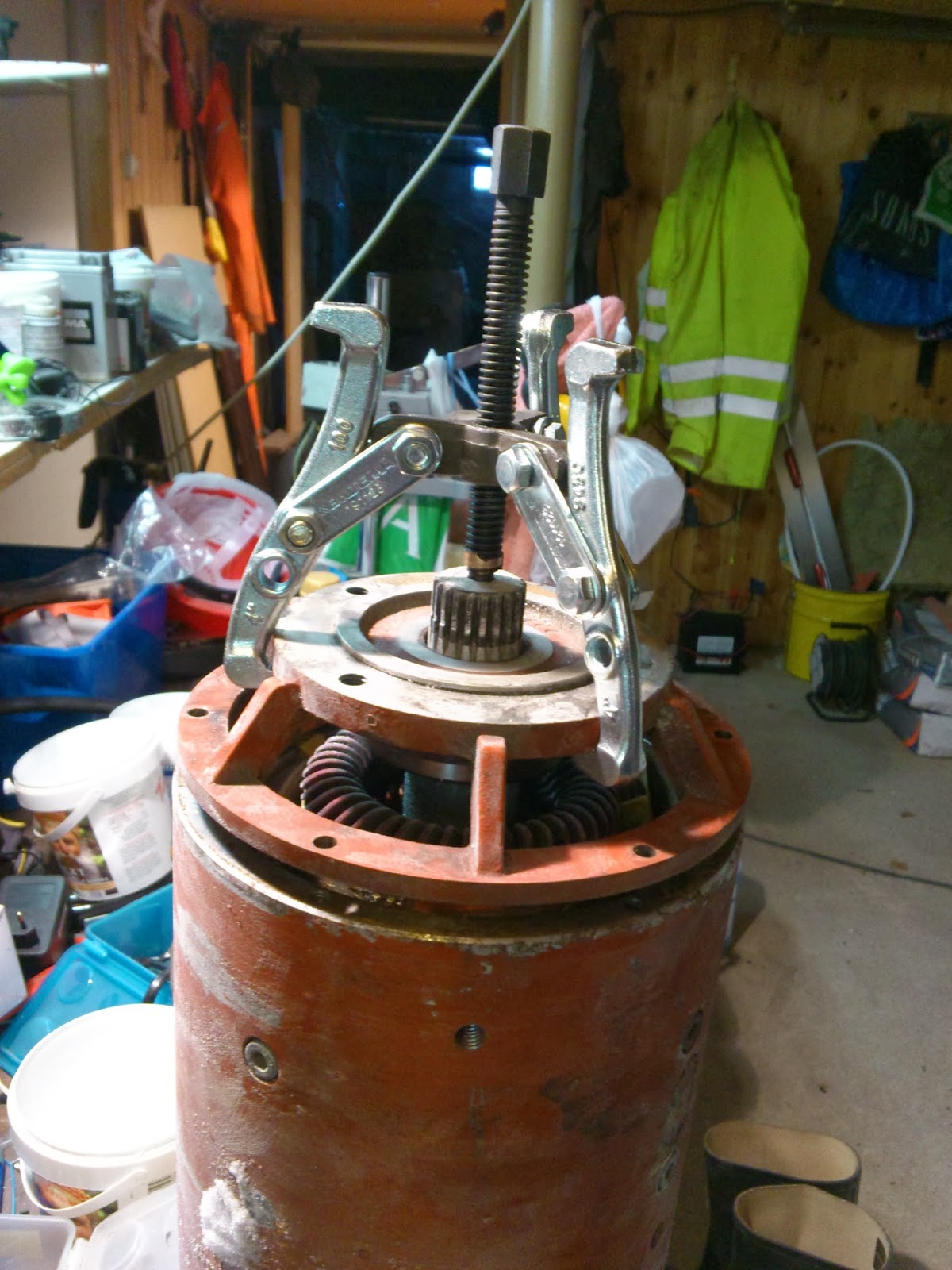 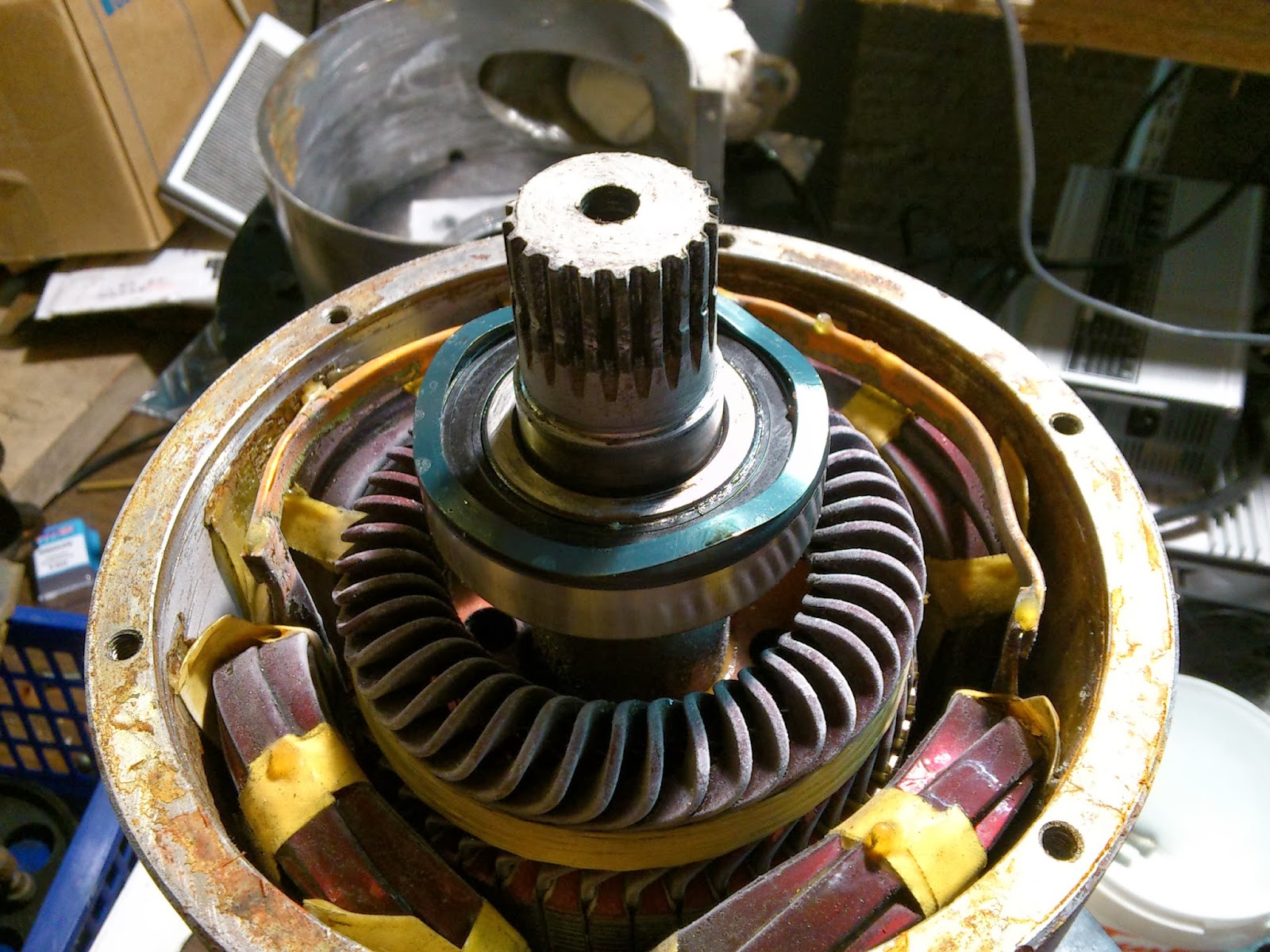 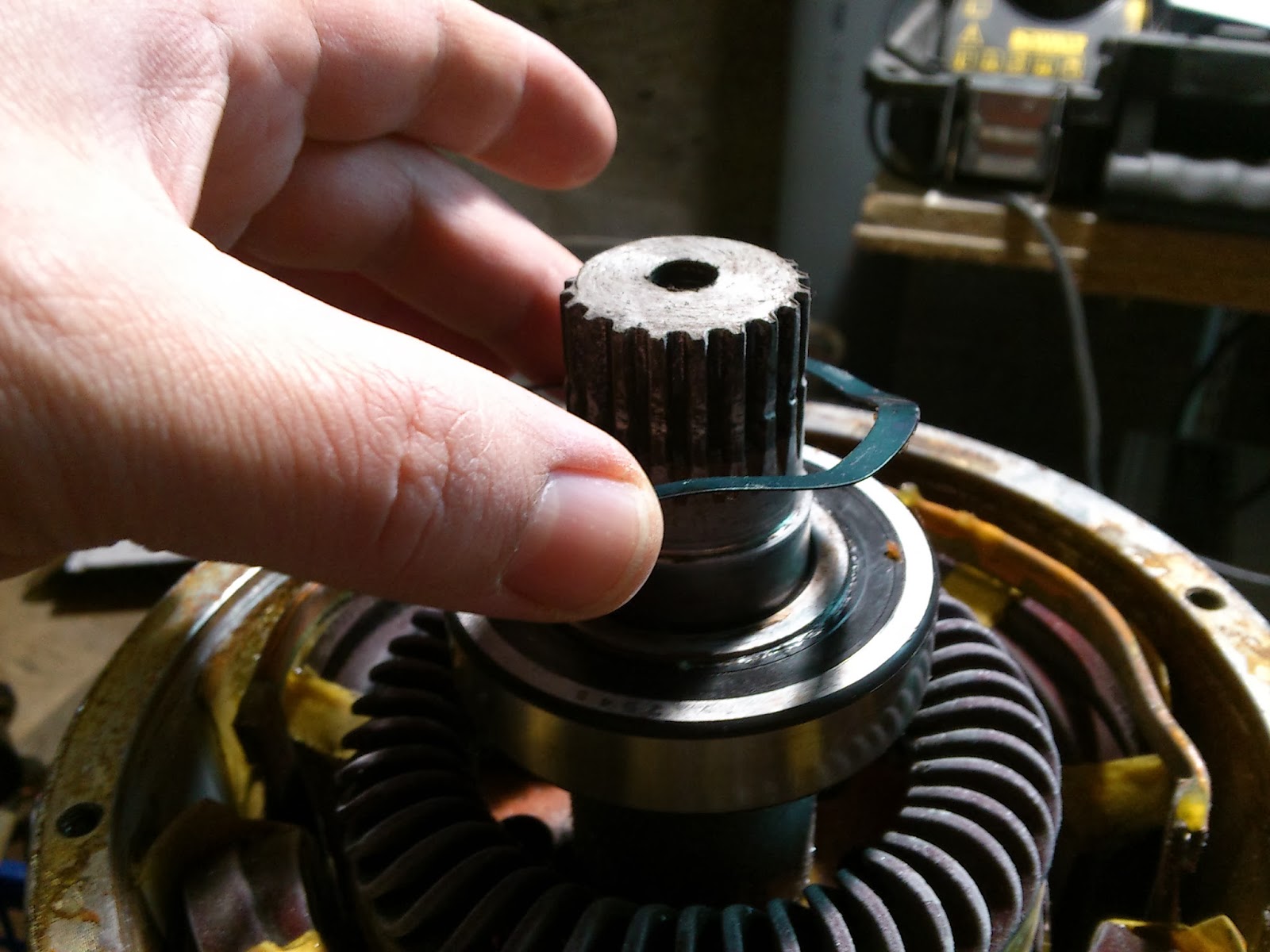 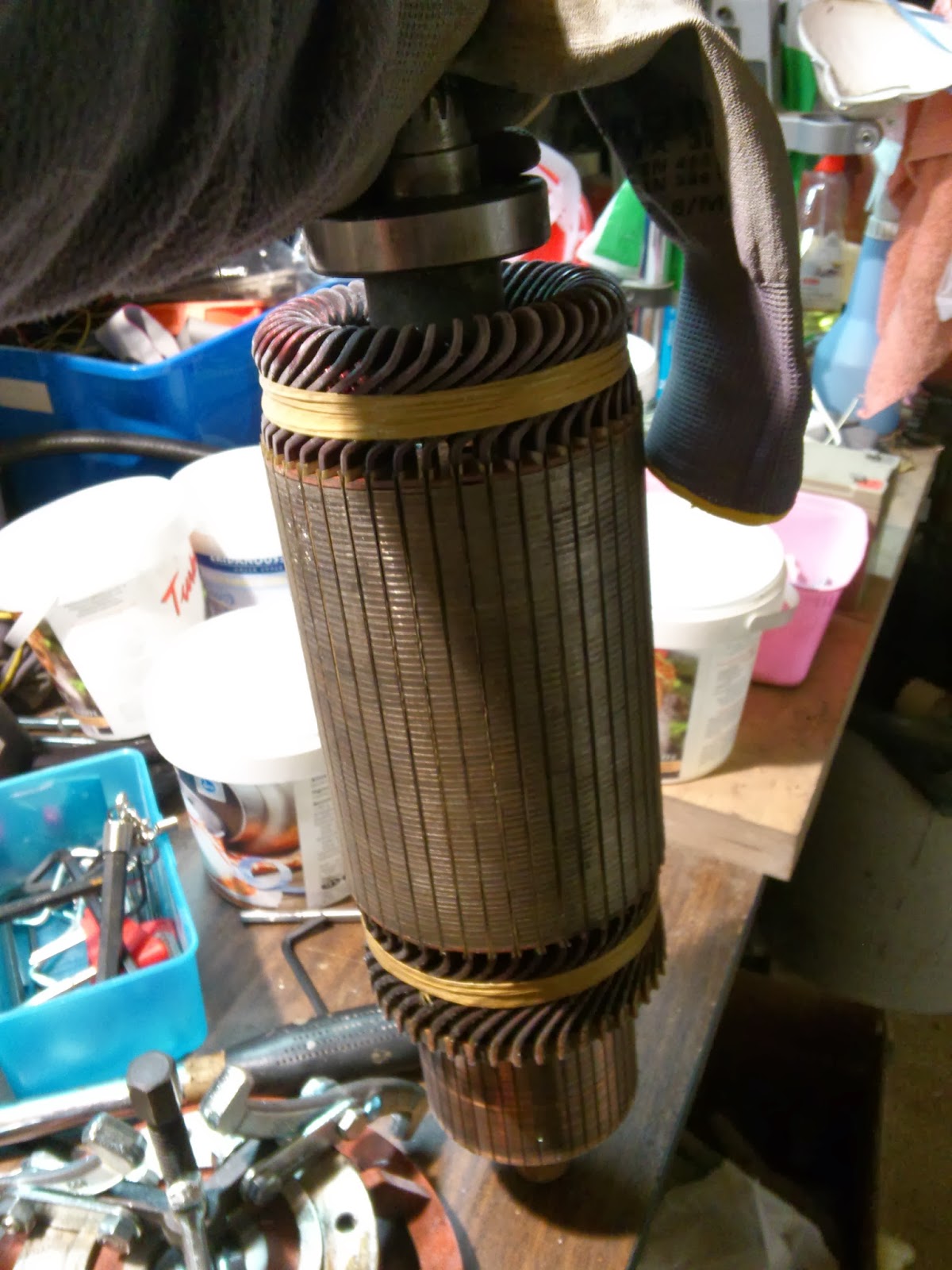 Hooray. Looks like I'll have some cleaning up to do. I'll also see if I can detach the other end of the motor which holds the brushes. The only reason would be to clean it up a little and perhaps give it a fresh coat of paint. The old paint is pretty much gone and rust has started taking it's place, which doesn't make it really pretty. Oh and I'll have to see if I can get those bearings off and replaced for good measure. Especially since the casing I will be using had that nasty noise, most probably caused by the bearing at the brush end. As you can see the motor has no fan built-in, so it probably needs some external help to move the extra heat away.
Lähettänyt jsantala Ei kommentteja:

Waiting for the sun 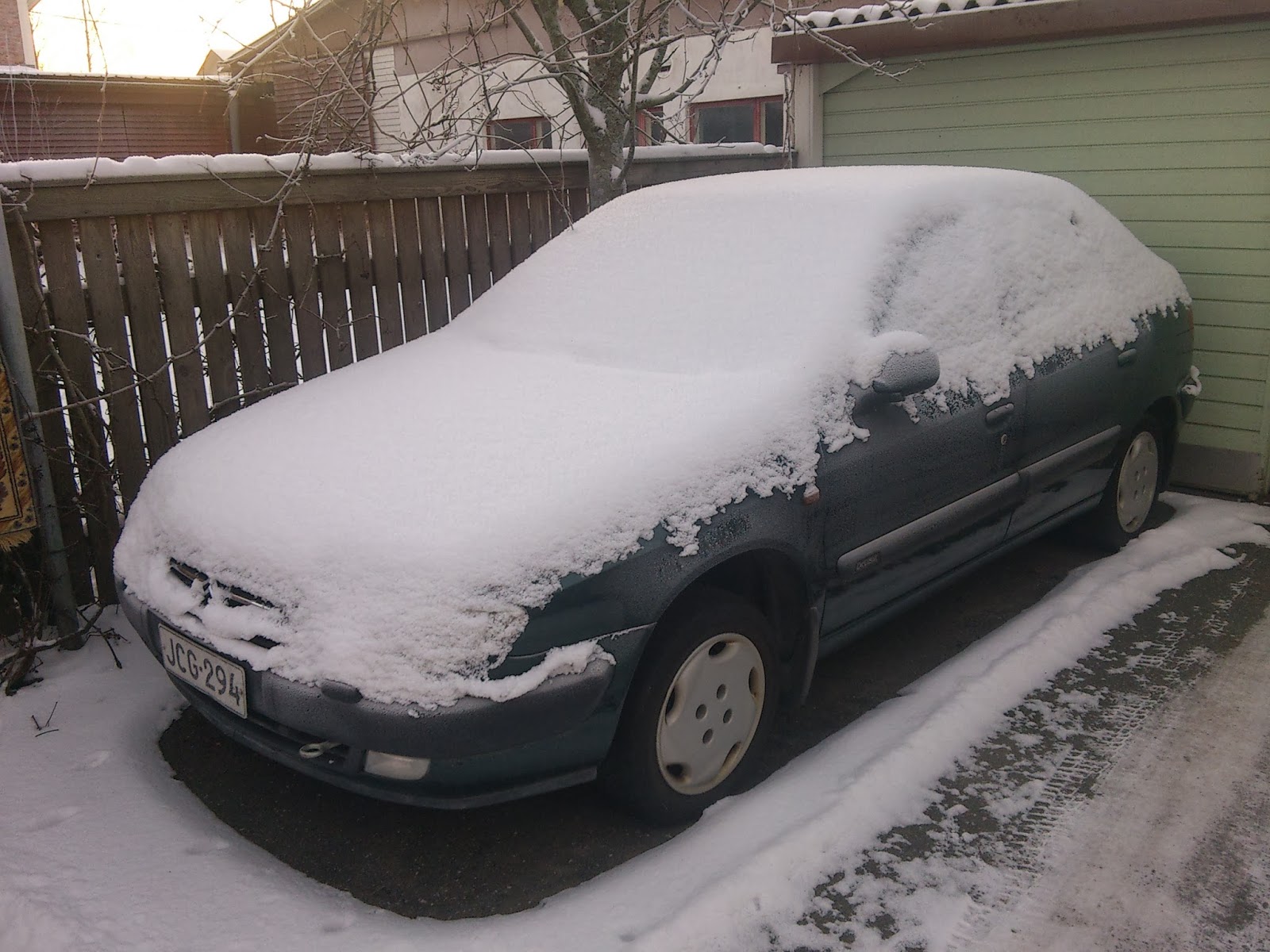 Enough said? Project somewhat on hold until that white stuff goes away. Well, I guess I can work on a couple of things, but I'm not expecting to register the vehicle before the summer. I'm giving electric heat another go. I have a 12V 1000W heating element shipping via ebay. It's originally from a Citroen C5 so it's actually going to do exactly what it was meant to do. Even the brand of the donor car is the same as mine. I just don't know how big it is and if it will fit inside the usual air ducts, but we'll see.
Lähettänyt jsantala Ei kommentteja:

The winter has been extremely mild so far and we've actually kept above freezing pretty much the whole time, which is quite unusual. It's about to change soon though. The mild weather hasn't stopped me from not progressing with the car however.

I had a car at a shop some years ago and after it had been two weeks I decided to call them if they had made any progress. They told me they'd ordered a part, but it had been wrong. The owner went on to explain that when this sort of thing happens they get a bit depressed and haven't done anything after that, but I suppose they could try to get the part from a junk yard. That's pretty much the situation with me too since the heating plan I had failed to function as I had hoped.

I did find an electrian to do a check on the car, but I don't have everything ready for that either. I did manage to quickly see where the Electric Steering pump would go so here's a photo or two on that. 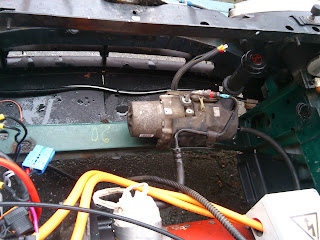 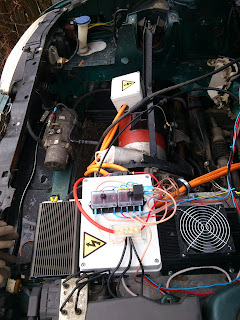 The plumbing will be fine. I'll just have to figure out how to fix the damn thing into the chassis of the vehicle. It's not like I haven't continuously kept thinking about that and other things like 12 V battery mounting, possible additional battery box placement, which batteries to get more of and so on. Nothing concrete however.

Actually I've spent most of my hobby time at the basement playing drums and constructing the music room for them. That's progressing nicely however. Next up, sauna. Oh, and back to work as well. 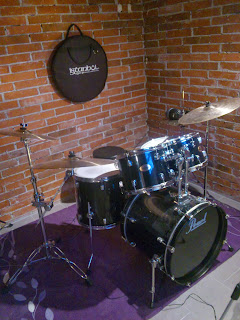