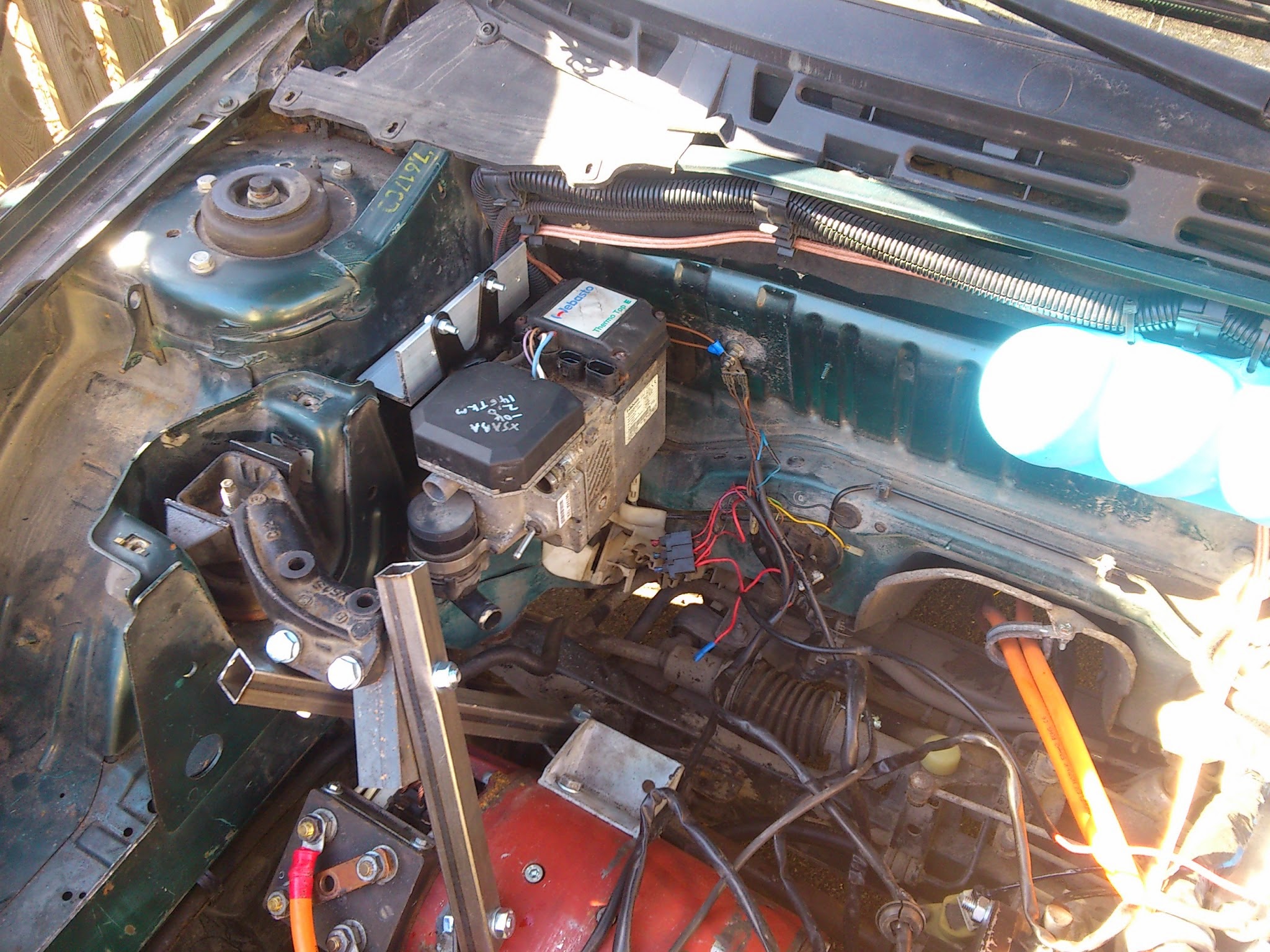 I've now installed a Webasto Thermo Top E-B heater under the hood. It will burn gasoline and produce 4 kW of heat. I'm still missing the fuel pump for it and there is a chance that the actual heater will be replaced as well, but the mount is done now. After taking the picture I also mounted the exhaust pipe where the original exhaust was located. Still missing are also the air intake for the heater, gasoline tank, coolant (heatant?-) pipes and a tank for that as well. 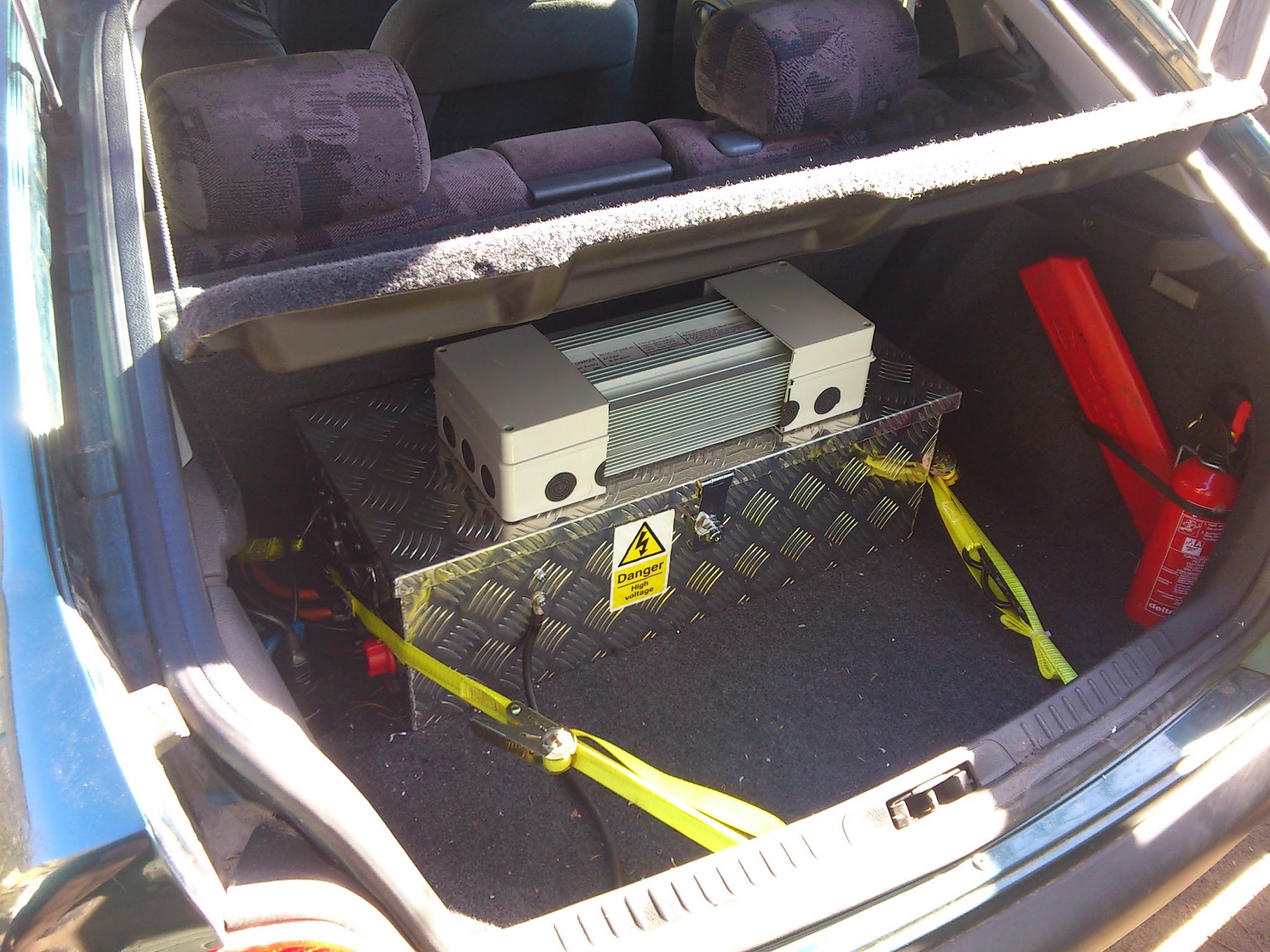 In the back I've mounted the charger on top of the rear battery box. I had to figure out how to make my charger IPXXD compliant (100mm stick test), hence the box split in two at the ends of the charger. It's not pretty, but it does the job. There's a pattern emerging here. I'm cutting corners to get the car into inspection shape and not worrying about the looks as much. I'll have all the time in the world to pretty things up later when I have the car registered.

I've bent two motor mounts so far. These electric motors sure have a lot of torque. They'll quite easily rip to pieces a less than perfect motor mount even just be going back and forth in your driveway in 3rd gear or reverse. Here's another take. It's not exactly very pretty, but I'll clean it up later if it stays in one piece. 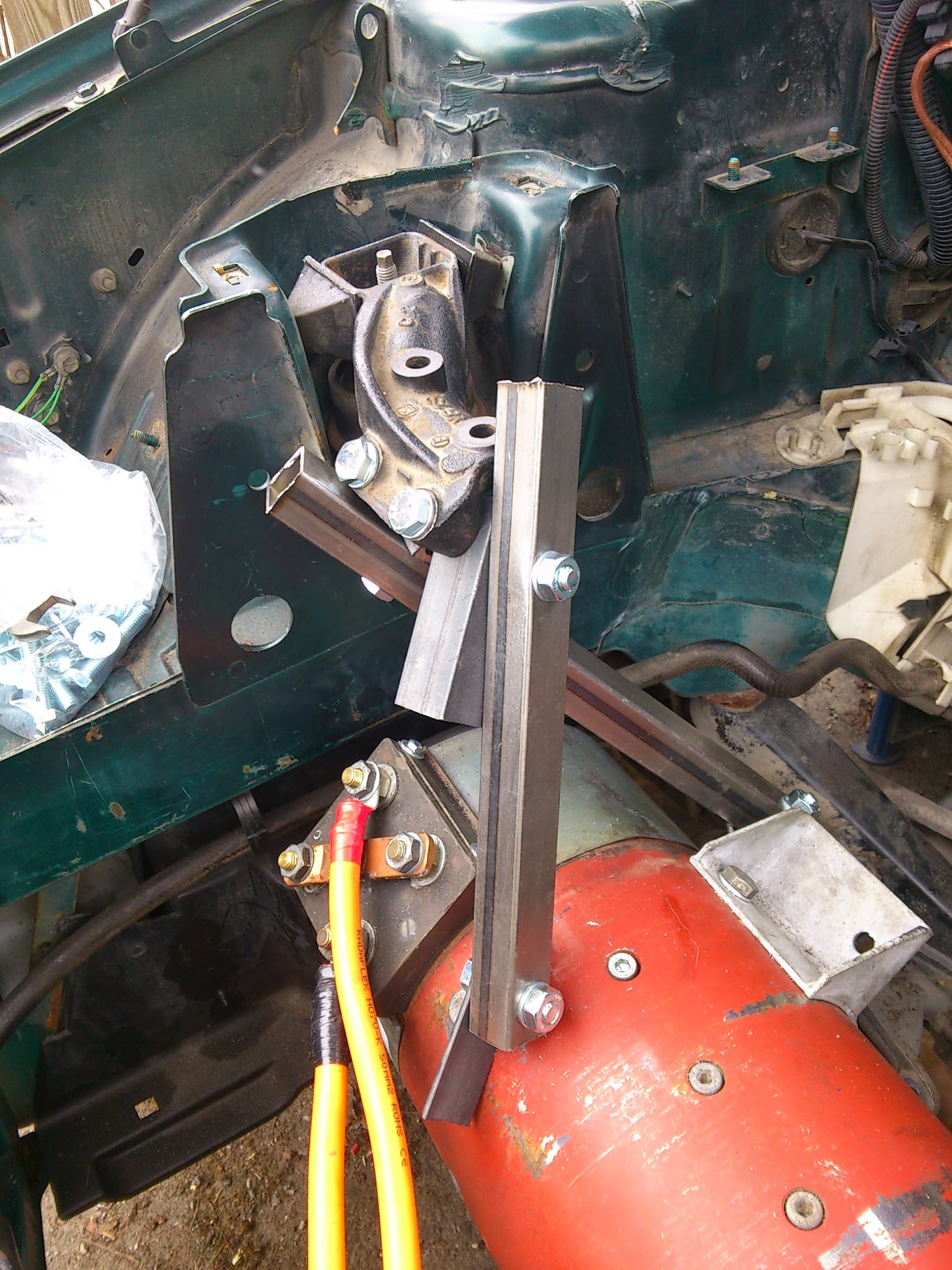 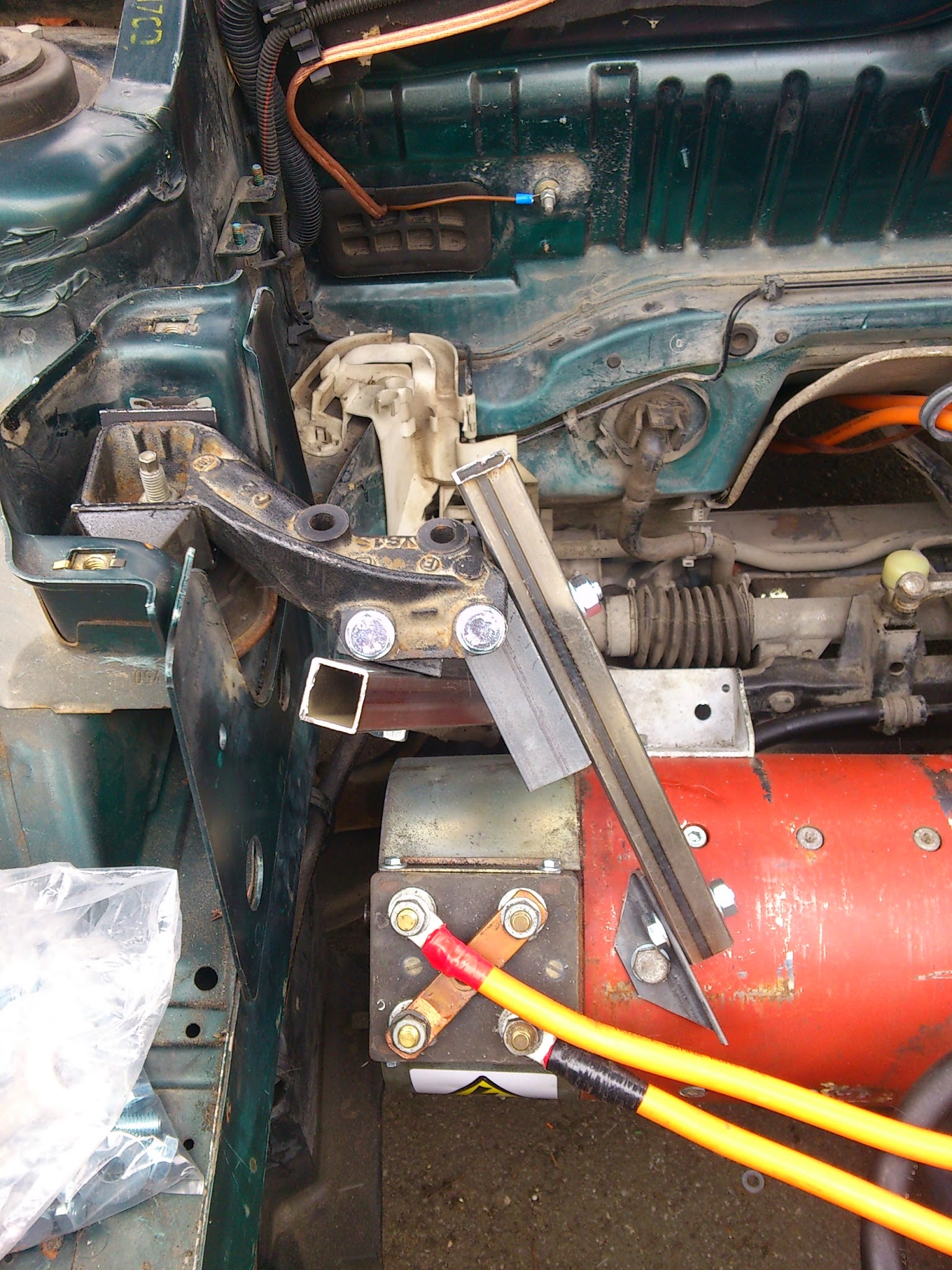 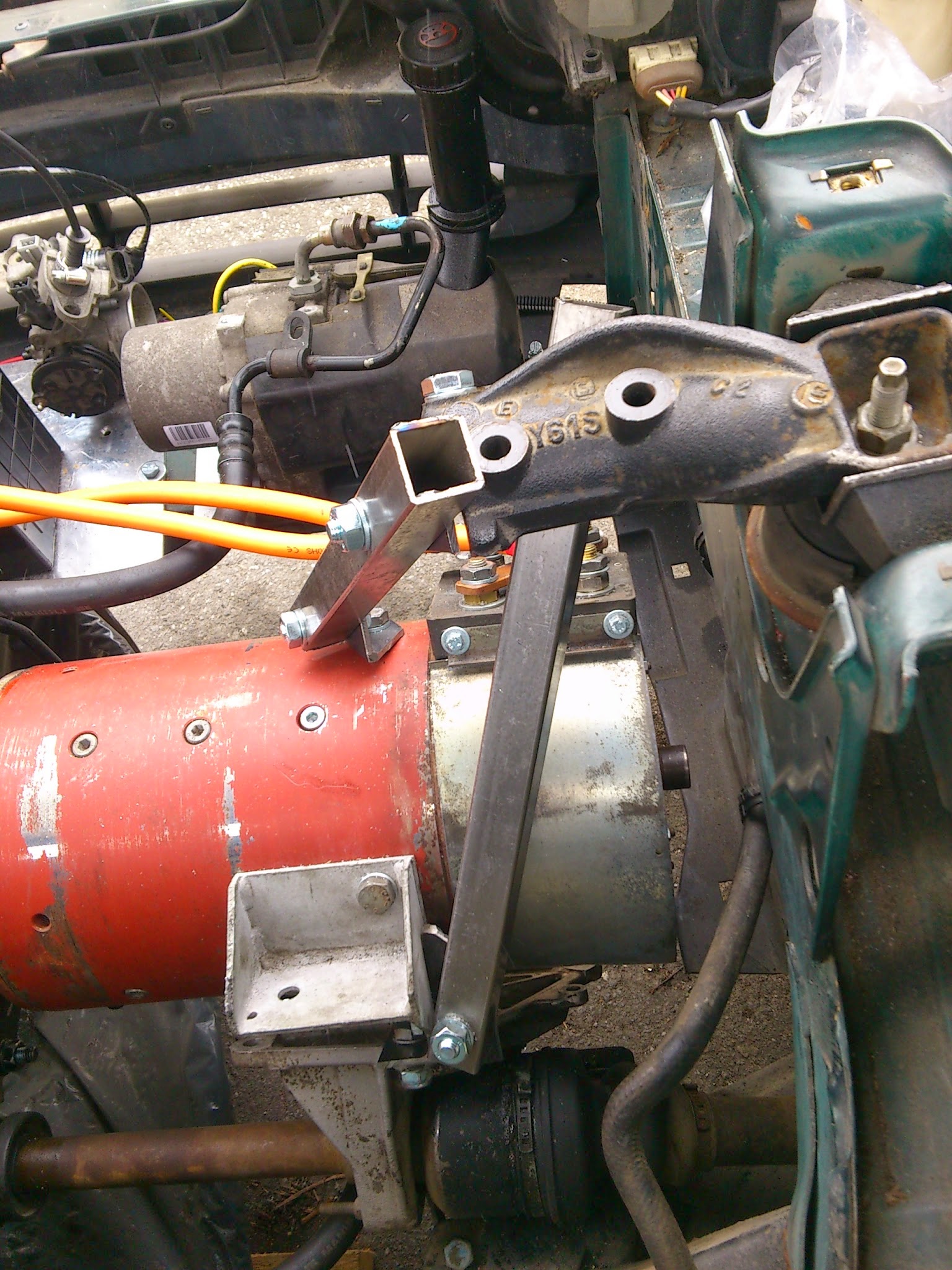 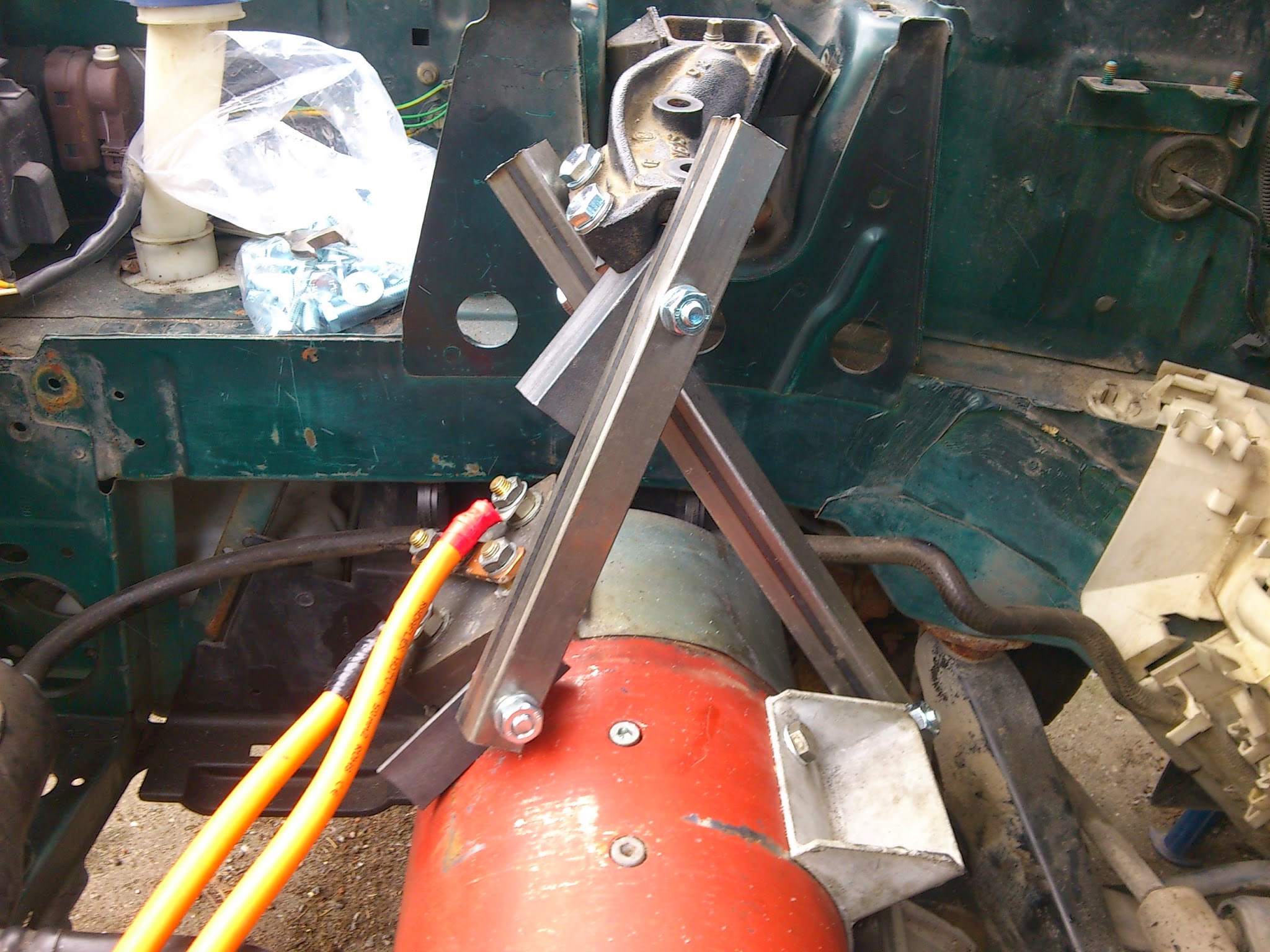 So I ran in to the problem with the +5V input that the TPS requires. The AXE7245 controller has the throttle input 2 connected to battery negative internally, so I can't use the +5V provided by the original car wiring, since it has negative in chassis ground. I received a cheap 12V to 5V converter I bought from ebay, but as I suspected it wasn't isolated. So I put in an order for a 72V to 12V converter, which I could use to power the 5V converter. That way the isolation is not a problem, because I don't have to connect them to the chassis ground at any point. I've also gathered a number of AC to 5-12VDC converters, which I'll test for use with voltages between 48V and 84V DC. If an old Nokia charger will do the trick, maybe I'll just use one.

The parts needed include a programmable voltmeter and a big resistor. I ordered a 0.2 ohm 50W resistor for a couple of euros and a cheap voltmeter with hopefully usable relay control for about 20 €. Both from ebay. Those two combined with a simple automotive 12V relay and a 12V power supply should be quite capable of draining LiFePO4 cells at about 15A or 50W. I'll just set the voltmeter to disengage the relay at 2.5 V and engage at 2.8 V. I should then end up with a pretty much empty cell resting about 2.75 volts. 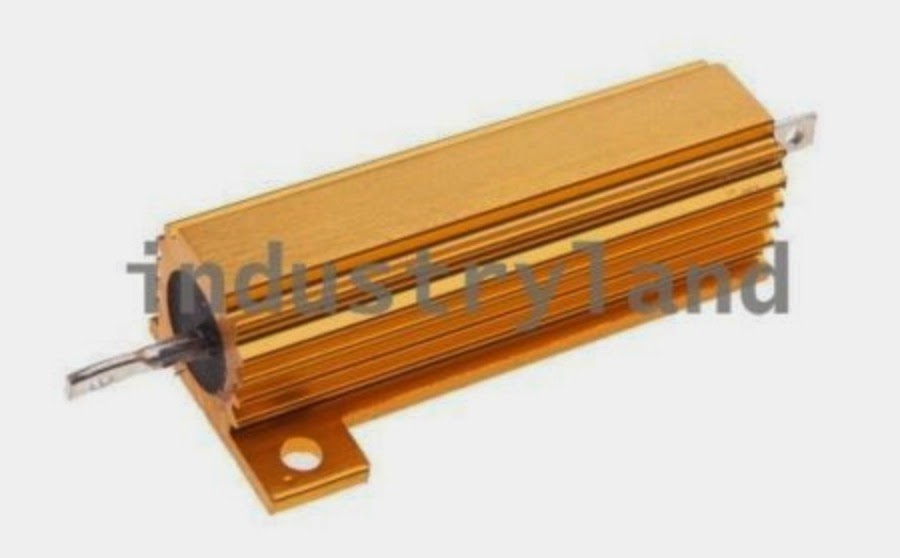 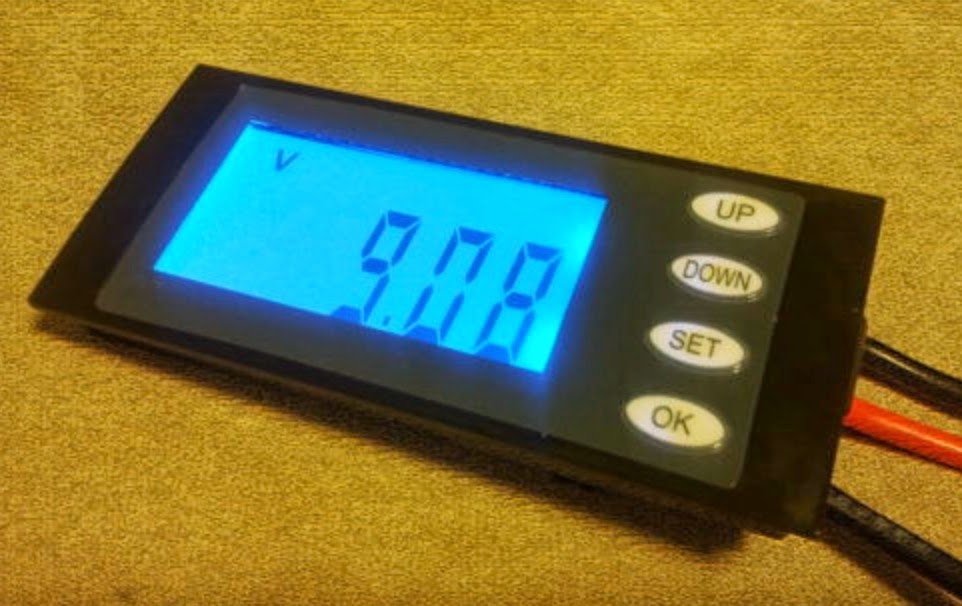 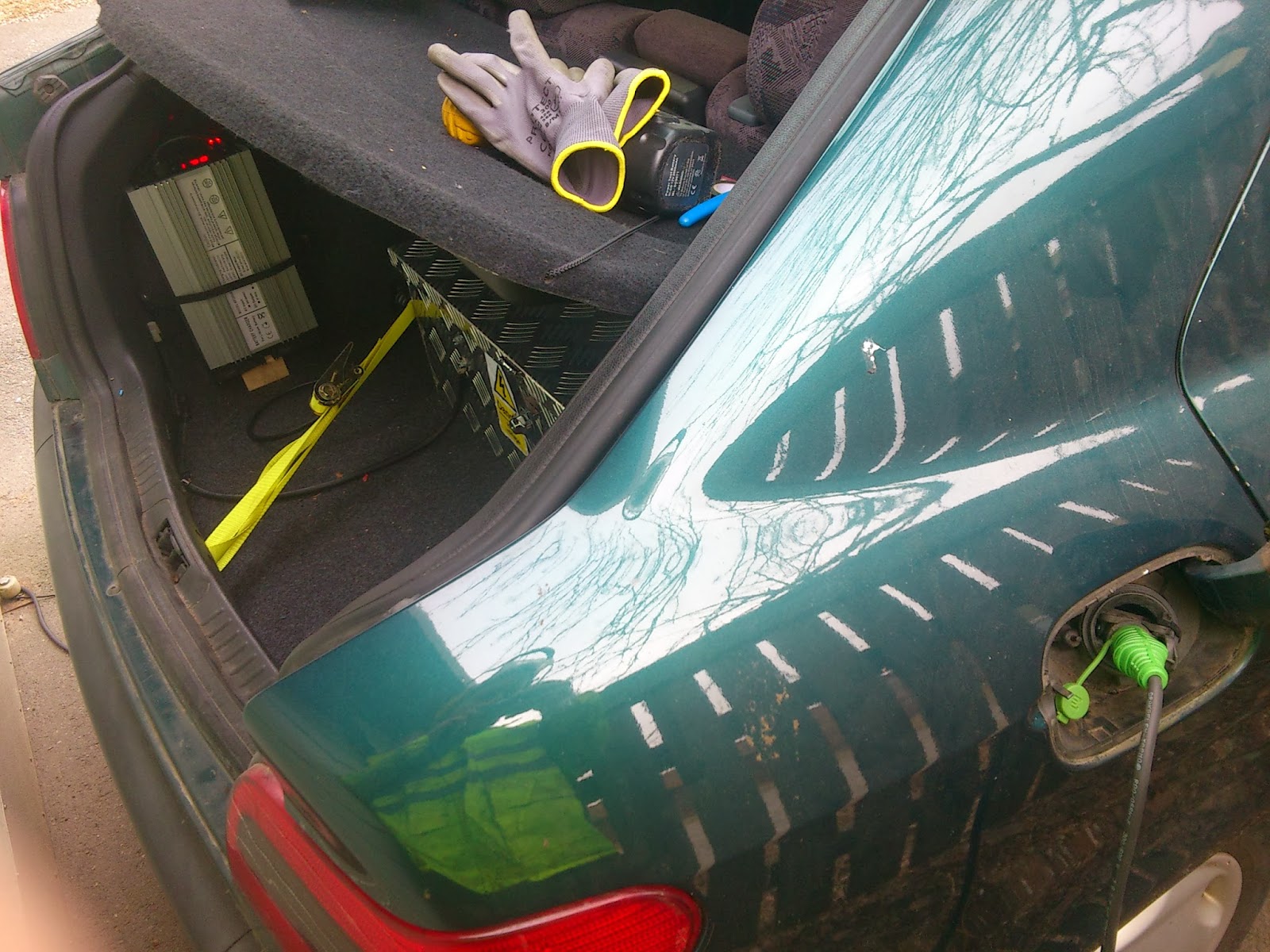 I'll spare you the pictures this time. I took some, but it all came apart, literally, so I won't show them.

But let's start quasi-chronogically with the throttle. Remember my last report on the throttle sucess. It wasn't quite as rosy in the end. In fact, the first time I tried the throttle, with the motor installed in the car, it started up fine, but when I let go of the throttle the motor would just idle. You can imagine my amazement at this point. After some less than careful measurements I knew that the TPS gave a nice 0.49V when first plugged in, just as it should, but when I had turned the throttle it wouldn't drop back to the same voltage, but 1.09 volts instead! Oh no. I don't need to order a new cruve from picoamps do I?

Well, no. I don't. It's more interesting than that. Turns out I have a frame leak. Also turns out it is not the motor, which was my first suspect. I felt pretty lucky about that, since I had just gone through some huge trouble getting it into the car again. But it did turn out to be pin 3 on the AXE7245 controller. Pin 3 is Throttle 2, or throttle ground. It leaks pack voltage. Not cool. I've contacted AXE and we'll see what they come up with. I'm afraid it's going to turn out to be a feature. I'm guessing this causes the throttle problems too. 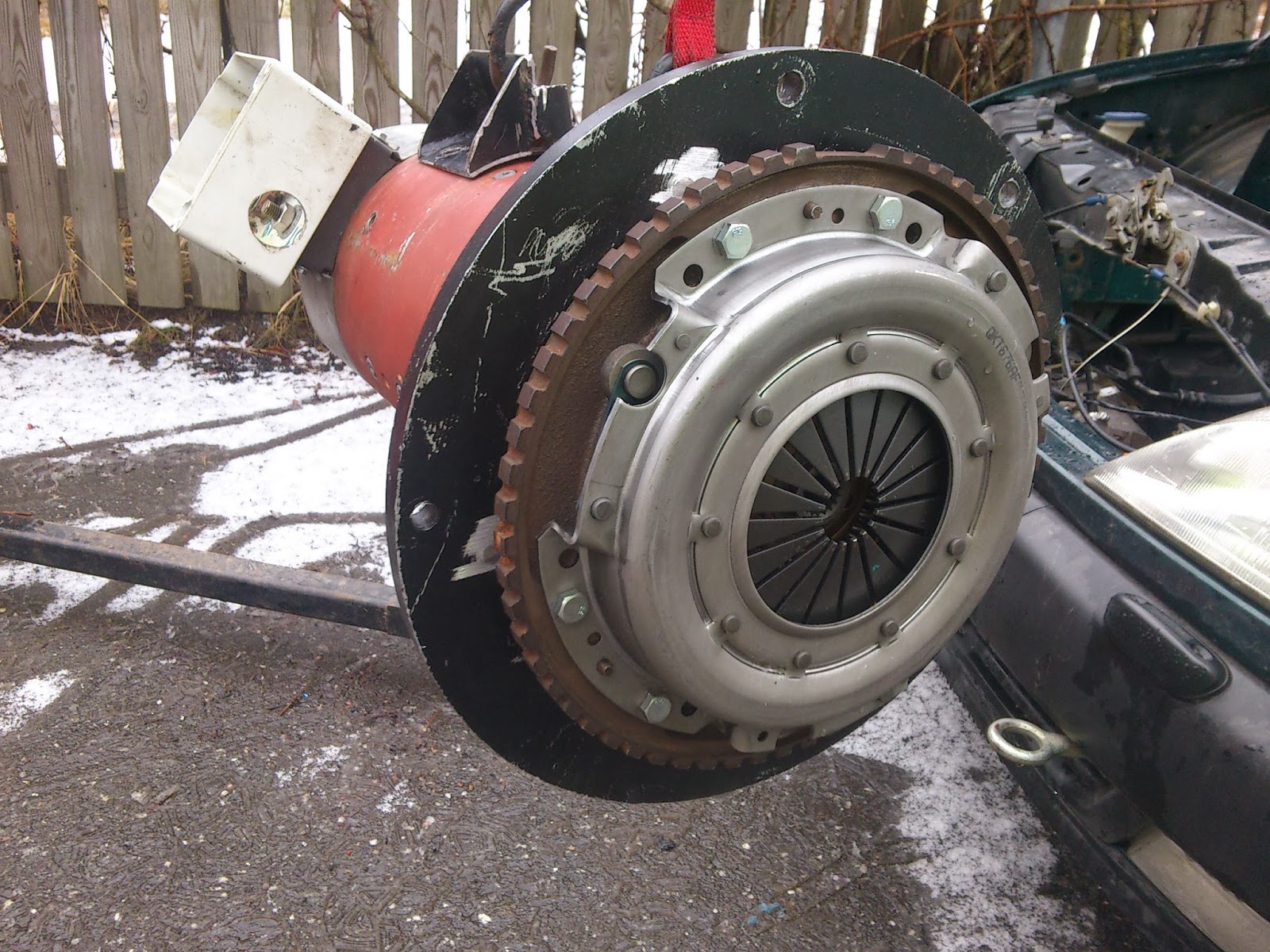 I know I promised no pictures. So I lied. Here's the motor going in. Again. And as you can see, it does have a clutch on it. It was quite a hassle to get it in. Notice the white stuff on the ground. It's snow. Didn't like that either. I was kind of hoping we'd be done with that stuff, but alas, no such luck.

The clutch wasn't a complete success either. It felt ok. Turns out it doesn't release. Not completely anyway. Oh, well. We'll see if I'll do something about it or just leave it like that for now. But the worst part is that I spent a considerable amount of time making a better support for the motor. It still wasn't strong enough and snapped loose. Damn those electric motors are strong.

I had filled the gearbox with new oil and was going back forth in the yard. Until there was a bang. Opening the hood revealed a motor well misplaced from it's usual location. Luckily just somewhat lower than expected. I'll have to go back to the drawing board on that one. The throttle problem and unexpected idling had gone away at this point, but the frame leak remained, so it may come back.

I was also concerned my main contactor had welded itself closed, but it seems that it just wasn't happy being on it's side. Turning it back the right way seemed to solve the issue. Or maybe it was something else in the first place. Anyway, it's working again now.

Update: AllTrax came back with a reply and suggestion to isolate the throttle input. I guess it does connect pin 3 and battery negative internally. It would have been nice of them to mention this somewhere. Anyhow, I put one of these little DC/DC converters on order and we'll see if I can use it power the TPS without causing a nasty frame leak: