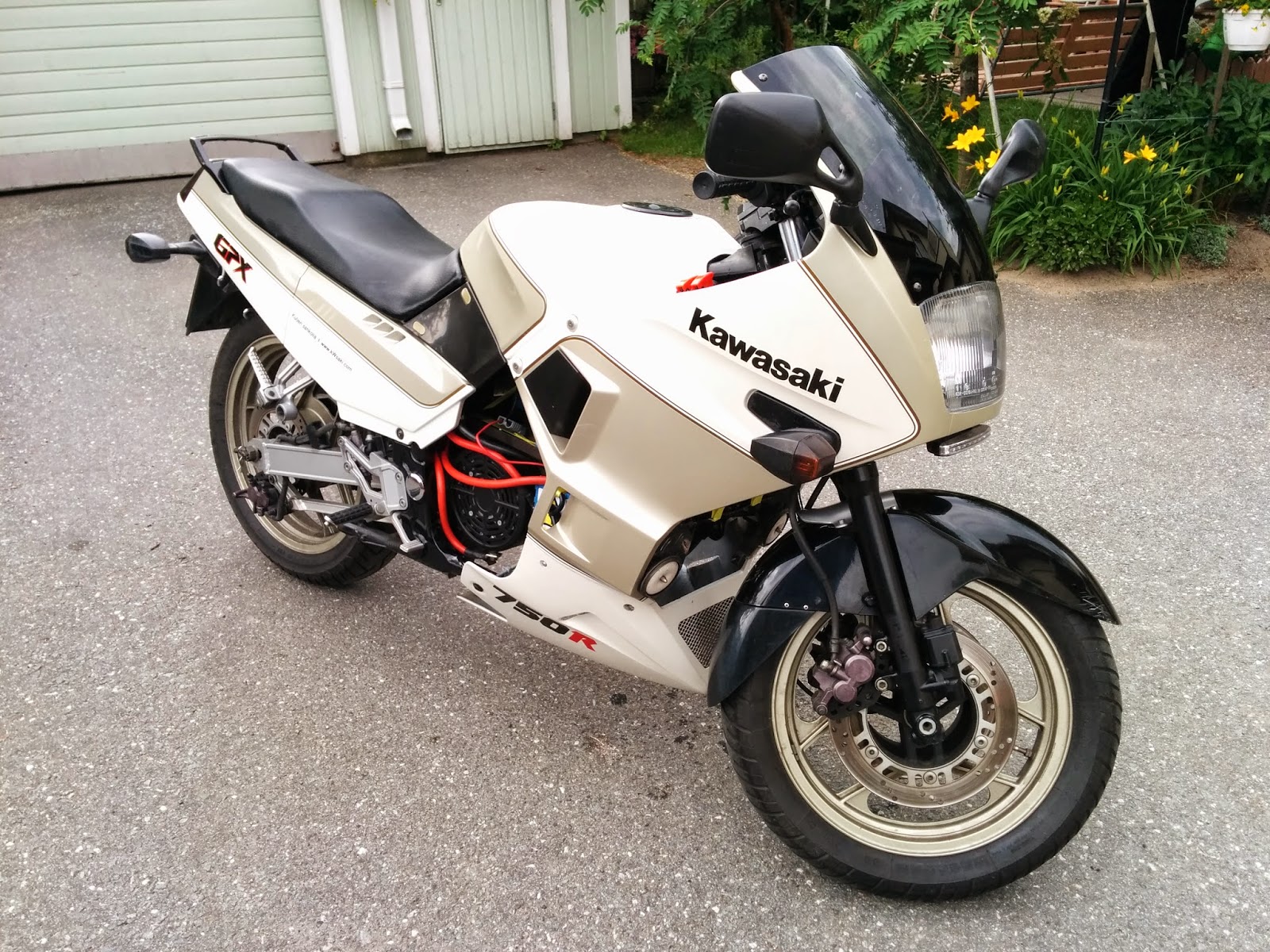 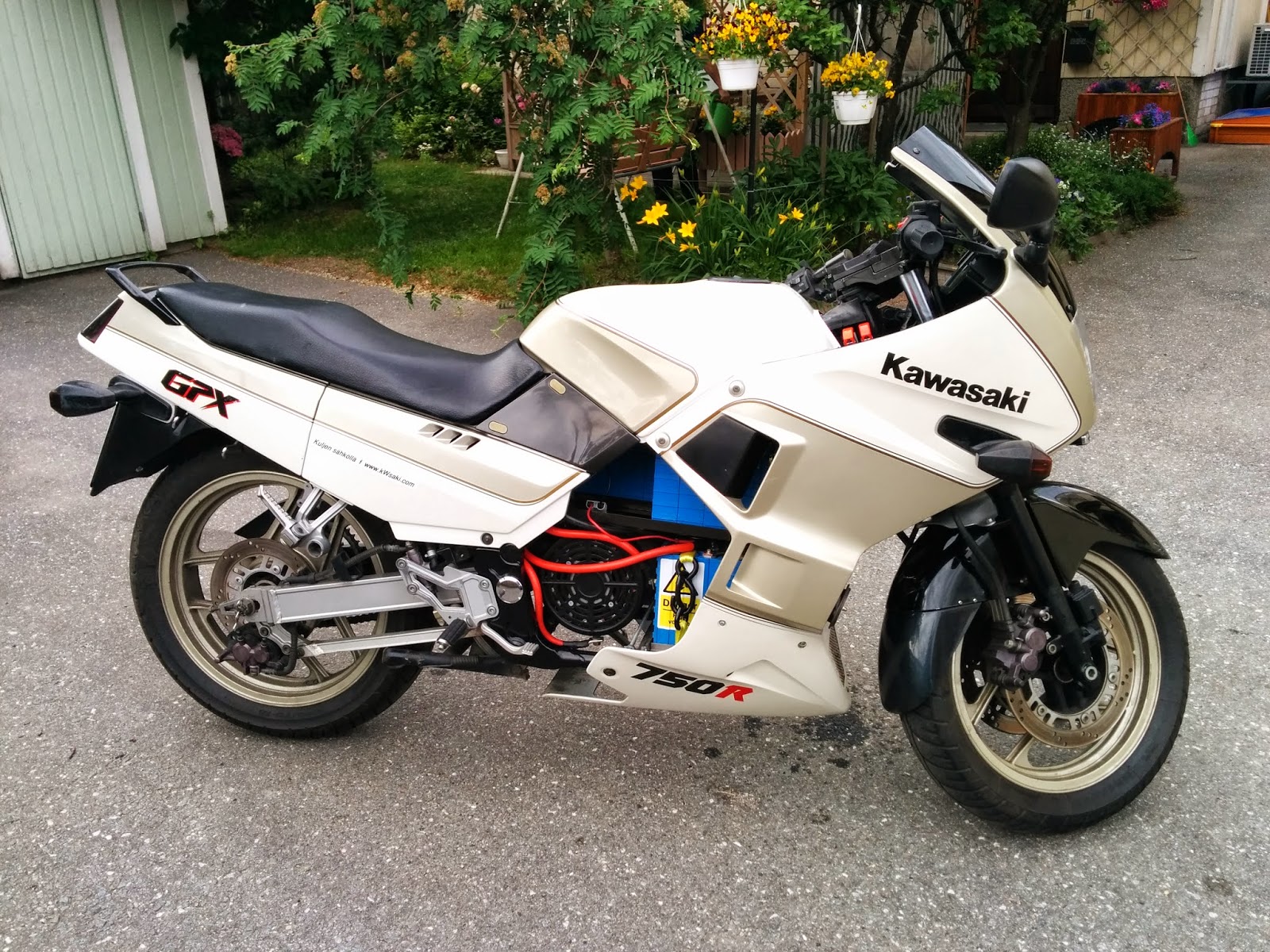 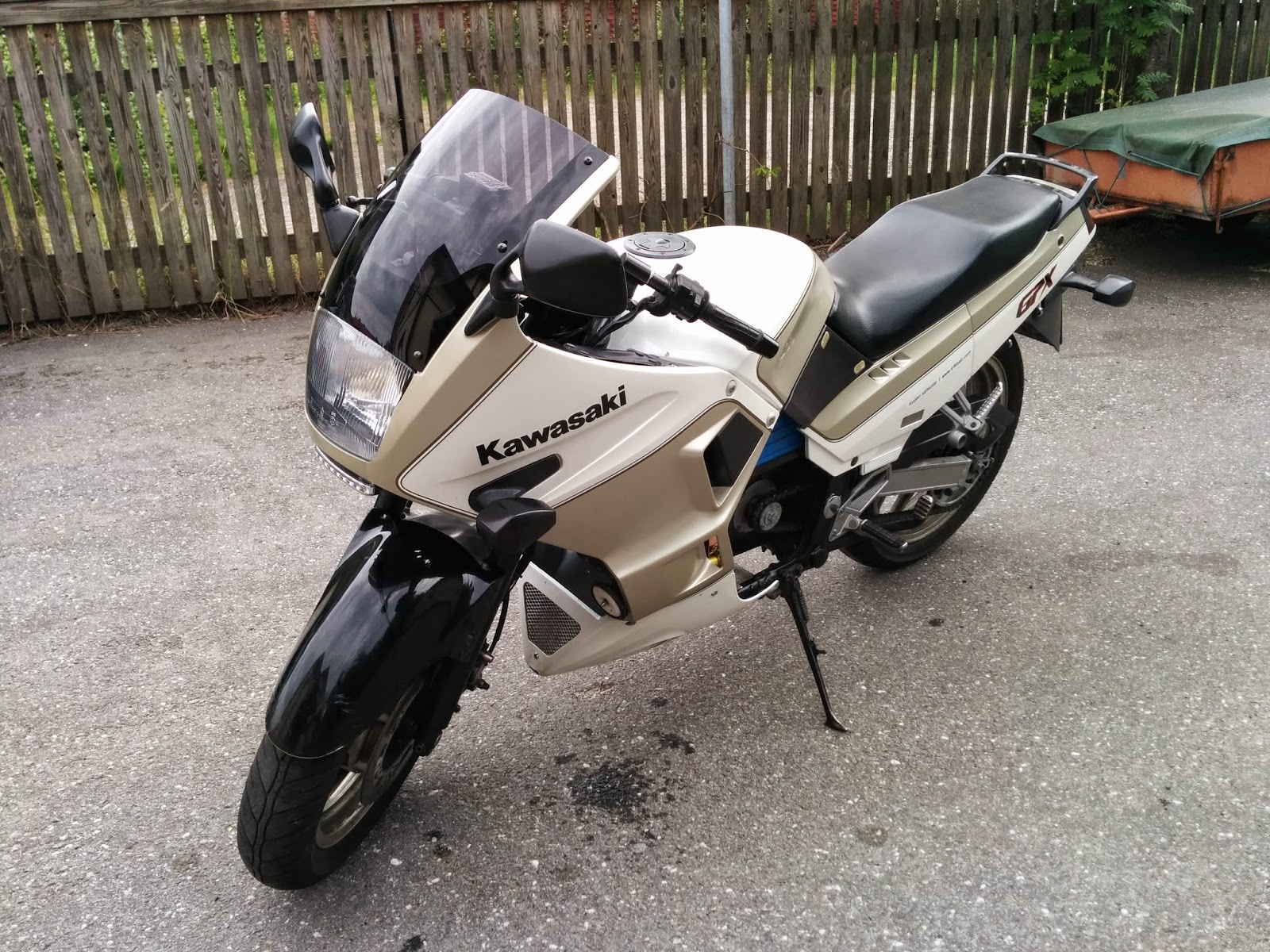 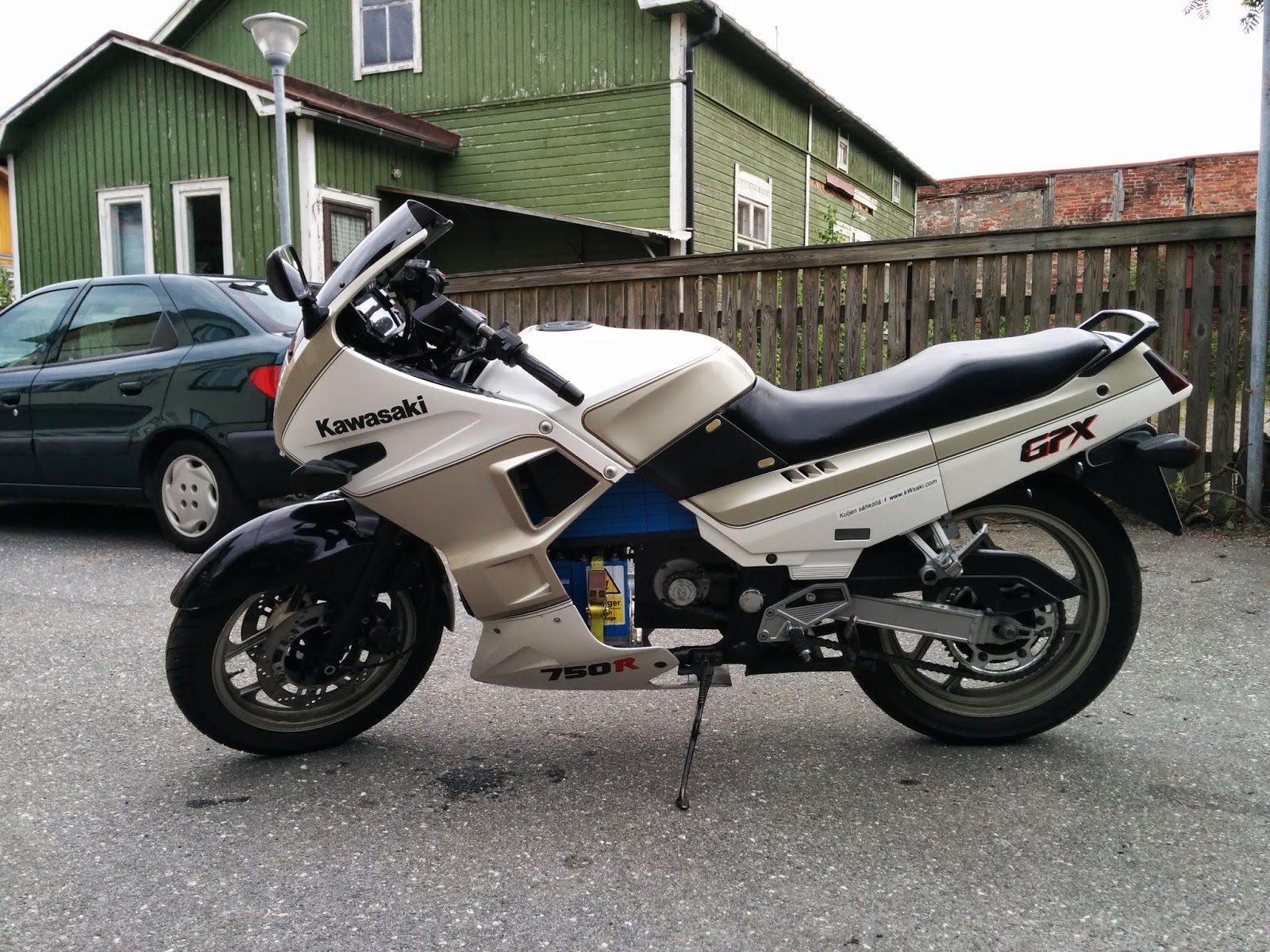 With the Energy Day coming up it was time to get the good ole kWsaki back into running condition. I had neglected it and scavenged parts from it for the car. It had lost it's AXE7245 controller, so it was time to give it the Kelly KDH12600D controller I had originally meant for the car, but the AXE had some features I needed there. Such as 0-5V throttle input, which the cheapo model Kelly doesn't have. It only supports 2-wire pot, which the Magura twist grip throttle in the motorcycle has anyway.

The KDH12600D could go up to 136 volts and 600 amps, but it may not be a good idea to go so high. In any case I moved two SE40AHA cells away from the top row to make the front wheel clear a little better and made a place for five more cells for a total of seven cells in the bottom row. Not really a row, since it's four cells parallel to each other and two adjecent. That means there's now space for four more cells in the top row. That makes 29 cells in total for the whole vehicle and a "nominal" voltage of 84 V. That's actually 92.8 V with 3.2 V per cell, 102.2 V charge voltage and I'm expecting to see 96.7 volts after charging. Should give a bit more range and perhaps a way to reach highway speeds too.

When I had both 60 Ah and 40 Ah packs in parallel in the car, there was a problem that two of the 40 Ah cells were shooting to over 4 volts way before the others reached even nearly full state of charge. I didn't know whether this was because of this parallel setup or not. Now that I took the 40 Ah cells out and charged them alone, the same cells were hitting voltages around 4.5 volts. Scary zone, that is. It does however mean that parallel charging uneven packs may be just fine, just as I thought. Those two cells just have dimished capacity compared to the others, so I put in an order for 8 new SE40AHA cells to replace those two and a couple more cells to get the 29 cell pack together. I'll have 4 cells left over, at least two with lower capacity, but still a probably quite usable 12 volt pack, perhaps for the car or just for my test bench. 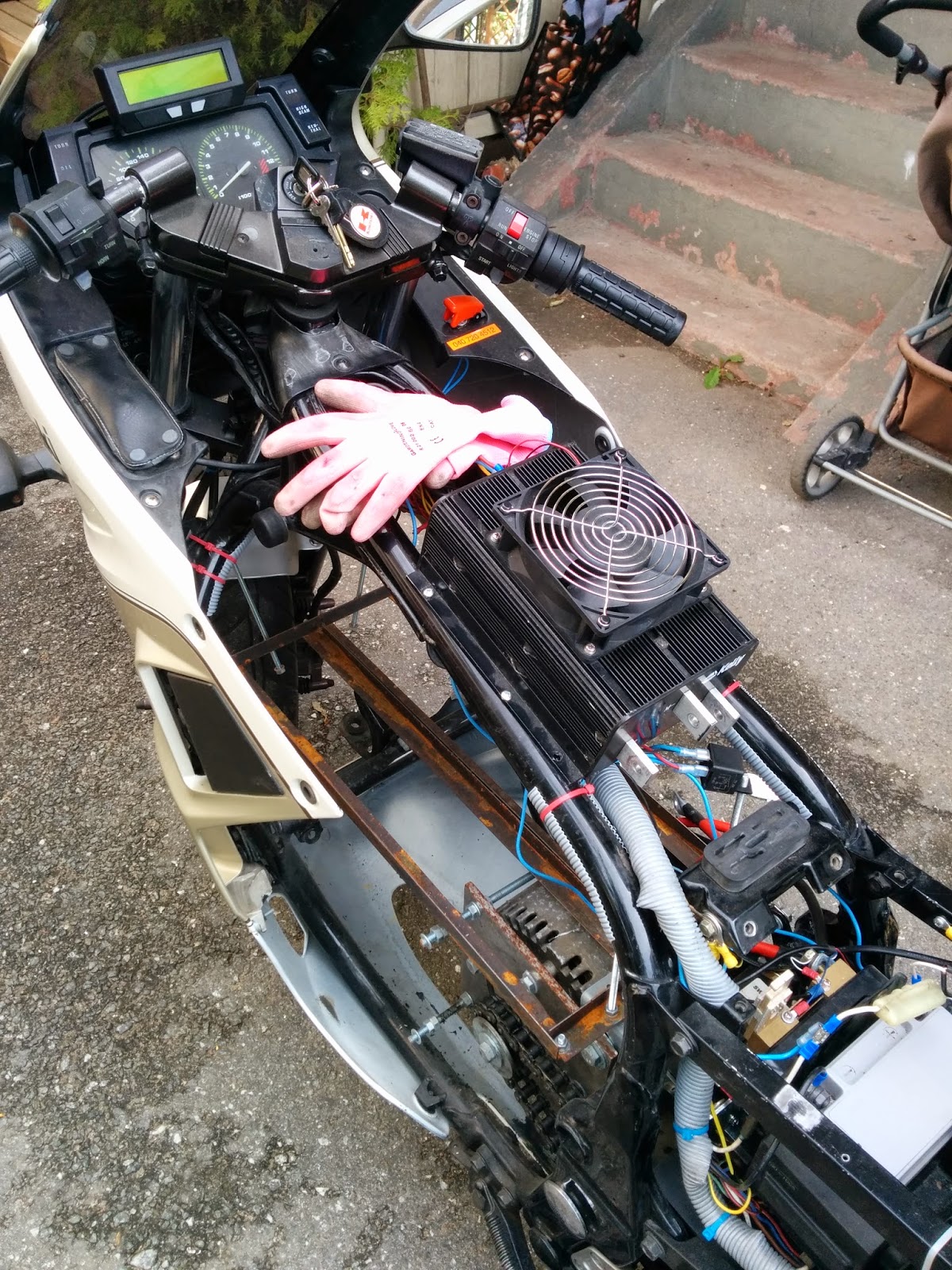